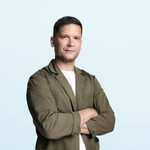 For over 20 years, Tim Sweeney delivered the best of dance world underground to the masses through the airwaves of New York’s WNYU. Now, Sweeney’s show is getting a new and bigger home at Apple Music.

Beats In Space launches on Apple Music today (Nov. 1) at 7 p.m. PT, with new episodes airing live, for free, every Monday at that same time. Each episode will feature two hours of music, with the first hour a mix from that week’s special guest DJ, followed by a mix from Sweeney.

Both Sweeney and the guest’s DJ mixes will then be available on the Beats In Space show page, along with on-demand guest interviews. Sweeney’s debut guest is English electronic artist Planningtorock, with their mix featuring music from their 2021 EP Gay Dreams Do Come True, along with edits they’ve done for Romy and Lady Gaga and favorite tracks by Jimmy Somerville, Arca and more.

Influenced by the UK’s pirate radio culture, Sweeney began Beats in Space in 1999 while a student at NYU, with his program giving a platform to the then almost entirely underground world of techno, house, ambient and more. He’s done more than 1,000 episodes of Beats In Space since the show’s launch, with guests throughout the years including stars like Gerd Janson, Carl Craig, Andrew Weatherall, DJ Harvey and Four Tet.

“After 21 years on college radio in NYC, it felt time to graduate and take the next step to bring things to a wider audience,” says Sweeney. “I still have the freedom to choose the music and guests DJs I want for the show, but now I have a team of people to help make that vision a reality.”

Sweeney announced his departure from WNYU this past March with a pair of farewell mixes featuring music from Donna Summer, Vangelis and more, although he did not then reveal his plans to relocate the show. With the move to Apple, he plans to record installments of the show from locations well beyond New York.

“I’m really excited about taking the radio show on the road,” he says. “We can record at a Beats In Space festival in Japan, a warehouse party in São Paulo or use one of the many Apple Music studios (New York, LA, London, Paris, Berlin and Tokyo). It’s a chance to really showcase what’s happening in dance music culture around the world. I’ve been traveling as a DJ for the past 20 years and bringing back what I’ve found to the radio in New York, but now I have a chance to show people what is happening in different cities straight from the source. It opens up so many opportunities to explore what is happening in this thriving and global dance music scene.”