HomeNewsTiffany Haddish Used "Girls Trip" Check To Pay Off House Because She...
News 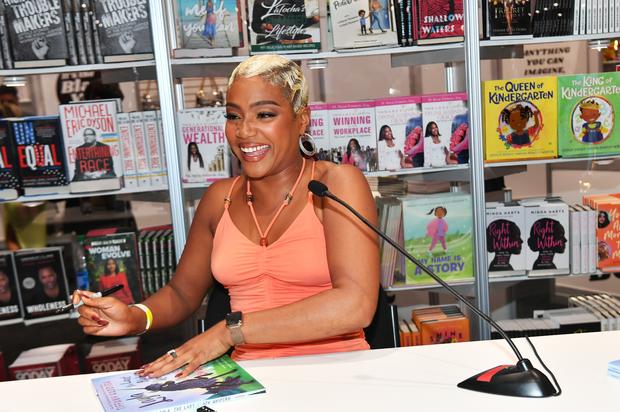 Unlike some of her Hollywood peers, Tiffany Haddish is a self-made woman. She endured tragedies and abuses as a child, often forced into situations that made her grow up far before her time, but she was able to use comedy as a healer. With supporters by her side, Haddish pushed forward in her career, and even when finances were tight, she had a plan for building wealth that would last for generations.

As Cosmopolitan‘s most recent cover star, Haddish caught up with the publication for a detailed conversation about her rise to the top. The award-winner shared that earlier on in her career she lived humbly, knowing that there would one day be a payoff.

“I started trying to figure out how to create generational wealth. The fastest way to do it and the first way you should go about doing it is buy some land,” Haddish reportedly said. “So before we even got into Season 2 of ‘The Carmichael Show,’ I bought a house. Everybody told me I should wait, but I didn’t care. I just knew I was going to have to always make enough money to take care of me and the house, and that’s what I did.”

“Between that show’s next season, the ‘Keanu’ movie, and making sure I can live comfortably off of $500 a month, I was able to pay off half the house. The ‘Girls Trip’ check was the final check. People told me to spend it in other ways, but I used it to pay off the house because I was always afraid of being homeless again.”

The star-studded film Girls Trip would take home $140 million. “Now I have a surplus of money, but I’m still afraid of being poor again. Every movie I made, I would just buy another piece of land or a house.”

Check out more from her cover feature below.