Thundercat Show Interrupted By Local Singer Looking For Her Moment 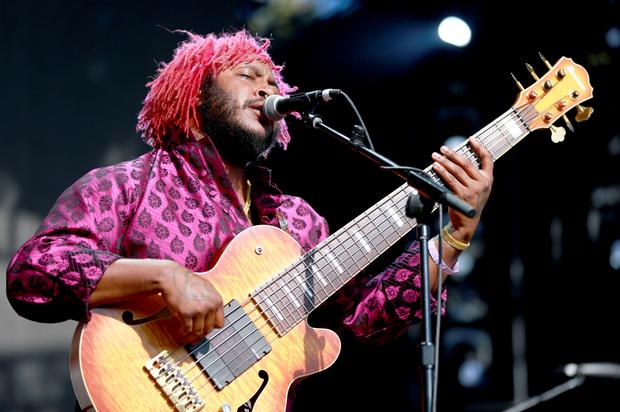 In what looked like one of the gentlest security removals of a stage-crashing fan, a video of a Thundercat show has put a singer on display for all the wrong reasons. Thundercat is an artist whose talent has entertained fans across the industry as his reach and collaborations have expanded his list of supporters. Those who attend his live shows have often boasted about its intimate feel, regardless of the size of the venue, and at a recent show, a woman took to the stage and believed that it was her opportunity to flex her skills.

Clips of Thundercat’s show have surfaced on social media and in them, they show various vantage points of a bizarre interaction that the musician had with his fan.

It is unclear what happened just prior, but in one video, the woman is seen already on stage, embracing Thundercat. It looked as if the innocent hug was well-received on both ends, but once it was over, the woman turned around, adjusted Thundercat’s microphone, and began to speak.

“I’m here. I’m a singer. Can I sing?” she said as the confused crowd began to jeer. She wasn’t necessarily waiting for approval, but she was interrupted before she was able to begin. Thundercat attempted to take control of the situation without embarrassing her any further, but when she refused to step away, several people came from the side of the stage to escort her off. Still, she is seen arguing and begging for her moment in front of the crowd, but security dragged her away—gently—as she protested.

People who attended the show took to social media to say that it was one of the strangest concert moments they’ve experienced. Check it out below.