HomeNewsThe Wrens’ Kevin Whelan and Charles Bissell open up about their ongoing...
News 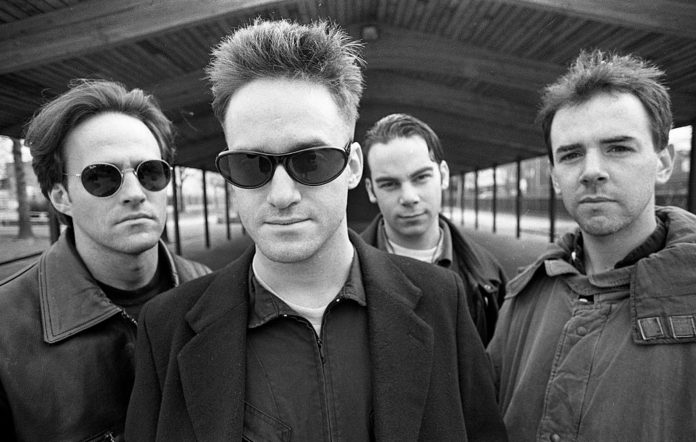 The Wrens‘ Kevin Whelan and Charles Bissell have opened up about their ongoing feud following the breakup of the New Jersey indie-rock band.

Whelan is gearing up to release ‘Observatory’, his debut album as Aeon Station, next month on Sub Pop. Set to arrive on December 10, it was previewed by lead single ‘Queens’ in September.

Half of the album was originally recorded for inclusion on the next Wrens album, the long-awaited follow-up to 2003’s acclaimed ‘The Meadowlands’. However, due to a falling out with former Wrens bandmate Bissell, he decided to take his half of the album and use it as part of ‘Observatory’, with assistance from the other two Wrens, brother Greg Whelan and Jerry MacDonald.

Bissell is also now planning on releasing his own songs from the unreleased Wrens LP as a solo album.

In a new interview with The Guardian, the pair open up individually about the band’s breakup, their personal fallout, why it took so long for them to release music, and what inspired their new material.

Whelan said that some of the tension between him and Bissell goes back to 2014, when The Wrens announced that they had signed a record deal and Bissell posted: “My best years and work are clearly behind me. Which is sad, because I’ve pretty much burned every available moment of the last four years at least doing this.” The album, which was said to be completed by this point, returned to a state of uncertainty.

Whelan said he was upset by Bissell publicly sharing misgivings about the music: “You’re gonna bring people on the journey like you’re Kim Kardashian?” he told The Guardian. “It’s repulsive to me. We can throw it in the garbage and start again, but we don’t need to tell the Joneses.”

He added that the reason he chose the name Aeon Station for his next project was in order to reflect the aeons-long wait to release his music, and the cover image of a half-constructed office block communicates that “projects sometimes just don’t get finished”.

It has long been claimed that Bissell, who produced the music and worked on it on and off for more than a decade, wanted more credit and a larger financial stake in the unreleased album. In the feature with The Guardian, he denied this was the case.

He has claimed he contributed arrangements and guitar parts to the Aeon Station music that has been left intact or re-recorded without credit. “[Whelan’s] story is that I worked on the album for too long, but that simultaneously somehow I also had nothing to do with [the Aeon Station] songs,” Bissell said.

“I suddenly found myself being portrayed as often as not as the baddie, as if I had somehow held him back, intentionally or at least thoughtlessly and selfishly even, which I’ve gotta say, was really confusing and weird.”

Speaking on the length of time it took to record the follow-up to ‘The Meadowlands’ and the February 2021 deadline he gave Bissell to finish it, Whelan said: “Ultimatum is sometimes seen as a bad word, but if you waited from 2007 until 2021, I think you were pretty generous.”

Addressing the notion that Bissell deserves an increased financial stake in the recordings, he said: “If you hire someone to paint your walls and it takes 10 years, how should you pay him?”

He added: “I let my dreams sit on the bottom shelf for a long time. It’s a betrayal that I let a decade of my life go by and did nothing.”

‘Observatory’ will be released on December 10 – see the tracklist below:

The post The Wrens’ Kevin Whelan and Charles Bissell open up about their ongoing feud appeared first on NME.