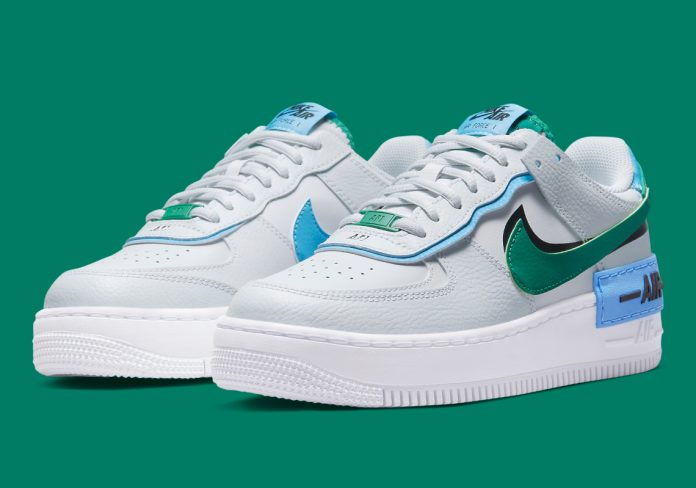 The Nike Air Force 1 Shadow has been delivering fashion-forward styles for women for two years now. For its latest proposition, the statement-making model has appeared in a predominantly “Photon Dust” makeup accompanied by “Malachite” and other tones.

Autumn-friendly grey and black divvy up the synthetic leather upper, with the latter color taking over swoosh prints at the profiles. A rich green (“Malachite”) animates the superimposed logo at the profiles, as well as top layers on the Achilles’ heel and detailing on the tongue label. Lace dubraes follow suit, while the modified Air Force 1‘s non-standard components along the tongue and at the intersection between the spine and midsole opt for a vibrant and contrasting light blue. Underfoot, sole units round out the shoe in all-white.

Official Nike.com launch details haven’t been disclosed, but that’s likely to change soon. In the meantime, enjoy images of the women’s shoes ahead.

Elsewhere under the NIKE, Inc. umbrella, the Air Jordan 11 “Cool Grey” is set to release for the whole family on December 11th.