HomeMusicThe Women of Dance Music Celebrated In New Book ‘Lady of the...
Music 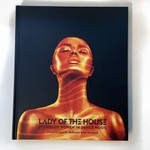 Documenting the women in dance music and the female influence on the history of the genre is a long-overdue task. A new book is working to make it happen.

Longtime UK-based events manager, promoter and club consultant Laila Mckenzie and author Ian Snowball (who’s written books on a variety of British musicians) are expanding the stories of women in the genre with their collaborative new book Lady of the House.

Lady of the House’s foreword is written by Carl Cox. In it he states, “…women have been there every step of the way. But they weren’t there because they were women any more than I was there because I’m a man — but because they are brilliant at what they do.”

The book is laid out alphabetically, with each woman penning her own story in a short essay. Rather than following a narrative or tracing the overarching history of the genre through these personal stories, these brief accounts are singular and wide in scope. They run the gamut from early experiences of first being introduced to dance music, to individual struggles within it, to minute descriptions of particular jobs inside the scene.

“There is a rich range of diversity,” Snowball says of this collection. “When doing a book with an intention to include as many people as possible, there’s always a challenge to ensure there is variety that addresses many areas.”

“The book evolved from house music to dance music,” adds Mckenzie. “The title has a different meaning now. When we say ‘Lady of the House,’ we mean the woman who is in control of her own destiny. She rules her own house and all that comes from it.”

One of the women name-checked repeatedly by others in the book is the UK’s Lisa Loud, one of electronic dance music’s pioneering DJs and independent business owners. In Lady of the House, Loud credits Paul Oakenfold for getting her started in DJing.

“It’s always great to have people to look up to and admire,” Loud tells Billboard. “Having Paul Oakenfold’s support was an incredible gift, but the scene mushroomed so quickly, I had to find my feet and deliver very quickly. At the end of the day, you are only as good as your last show. It was obviously my duty to trail blaze back in the day, which I grabbed with both hands and never looked back.”

The book is a vehicle to not just to showcase women, but specifically bring attention to contributions to dance music by women of color, and to encourage more women to enter the dance music scene, whether it be through production, management, events, writing or any of the other in-roads that women in the book have taken.

Longstanding dance music writer Sarah Polonsky is featured in the collection as one of the few women journalists. Of proving herself in this space, which like most of the dance scene has been historically occupied by men, Polonsky tells Billboard, “I find it a necessity to be a walking encyclopedia of all kinds of music. Objectivity is essential—listening to everything, knowing the history of all music, keeping up to date with what is happening, being able to predict the future accurately on an all-encompassing scale—this is stuff you must know about music in order to not only be taken seriously by the industry and readers, but to thrive in delivering real music news.”

The creation process for Lady of the House, which was funded via Kickstarter, has also led to a collective of the same name that’s focused on championing, celebrating and honoring women in the music industry via the promotion of diversity and inclusion.

Among Lady of the House’s partners are the V&A Dundee, the Scottish branch of London’s V&A Museum of design, and the Night Time Industries Association’s #savenightlife movement “to support women who live and play in the night time industry.” Additionally, £1 from the sale of every copy of Lady of the House will be donated to the NTIA, with the aim of developing the organization’s #WeAreAllInThisTogether diversity and inclusion initiative.

“Lady of the House is about women being creative and doing what they love to do,” says Mckenzie. “In a time where so much change has happened and so many inequalities have been brought to light, we wanted to ensure the legacy of women’s power is passed down to future generations. The stories are rich with determination, inspiration, challenges and realization of dreams. We hope readers come away with knowledge, empowerment, and inspiration.”