The Weeknd says UN Goodwill Ambassadorship is a “profound honour” 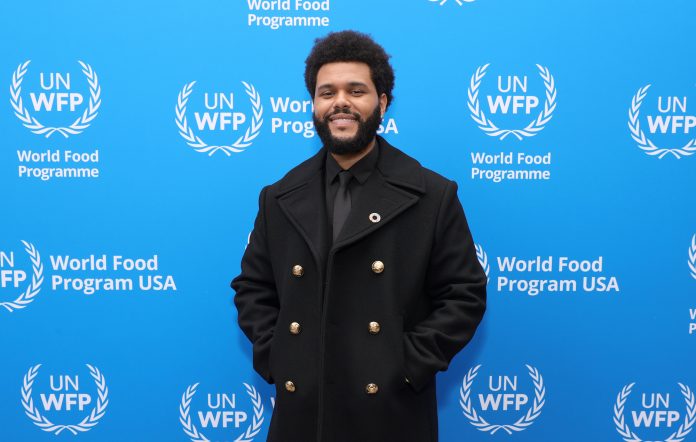 The Weeknd has described being named as a Goodwill Ambassador for the United Nations’ World Food Programme as a “profound honour”.

READ MORE: The Weeknd ushers in his next era with deliciously dark new song ‘Take My Breath’

The singer was given the new role on Thursday (October 7) at a ceremony in Los Angeles in recognition of his donations to relief efforts for Ethiopia, Lebanon and more.

In a statement given to Rolling Stone, The Weeknd said: “This is such a profound honour because it’s about getting the opportunity to help an entire country and tens of millions of people around the world who are suffering from extreme hunger.

“Regardless of political lines and regions, we need to save lives for all people, regardless of where they live or who they are. Because people are dying and that is what I care about. It’s about helping every single citizen of Ethiopia who needs it, as well as people around the globe who rely on food assistance to stay alive, and I intend to do my best within the UN World Food Programme to do exactly this.”

He went on to praise the “urgent and important work” being undertaken by the World Food Programme, saying he feels “passionate about addressing world hunger and helping people in need”. “Our partnership is an authentic extension of all our efforts and intentions to help those in need and bring an end to so much suffering,” he added.

In April, The Weeknd donated $1million (£735k) to relief efforts in Ethiopia after more than 1million people were displaced by the conflict between the Federal government and the regional government in the Tigray area. In 2020, he made a number of charitable donations, including $300,000 (£220k) to a relief fund for those impacted by an explosion in Beirut.

“We are thrilled to welcome The Weeknd to the WFP family,” UN World Food Programme Executive Director David Beasley said in a statement. “His compassion and commitment to helping the world’s hungriest people is truly inspirational.

“Every night, 811 million people go to bed hungry, and another 270 million are marching toward starvation. This is just not right and we have got to speak out and act today to save lives. We need everyone to come join our movement to end hunger – it is all hands on deck to avoid a global catastrophe.”

The World Food Programme USA President and CEO Barron Segar added that the star’s involvement would “undoubtedly inspire the next generation of humanitarians in the fight to ensure no man, woman or child goes to bed hungry.”

Meanwhile, the musician gave an update on his new album last week (October 6), saying it was just missing “a couple [of] characters that are key to the narrative”. He expanded: “Some people that are near and dear to me, some people that inspired my life as a child, and some that inspire me now. More to come in the following months.”

The post The Weeknd says UN Goodwill Ambassadorship is a “profound honour” appeared first on NME.