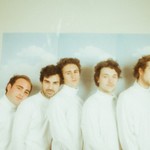 Following a four-year hiatus, indie-rock band The Walters have reunited and finalized a deal with Warner Records, the company exclusively tells Billboard. The Chicago quintet will commemorate their reunion and new deal with a string of live shows in December.

The reunion comes after the band’s 2014 single “I Love You So” has picked up steam on TikTok in recent weeks — more than 435,000 videos on the platform have used the song — and led to a spike in streams. In the week ending Nov. 4, “I Love You So” earned 3.86 million on-demand streams in the U.S., according to MRC Data.

“People seem to relate with the lyrics and the mixed emotions of loving someone but knowing you have to let them go,” the band says of the single’s viral success in a statement to Billboard. “The universe works in mysterious ways. We had been talking for a while about getting in the studio or doing some shows together, the TikTok success was a sign for us that now was the time.”

Of the signing, Warner Records CEO Aaron Bay-Schuck says, “The Walters song ‘I Love You So’ is a perfect and modern example of a great song that is finally getting its due recognition thanks to discovery platforms like TikTok. The song is memorable upon first listen and timeless in its production so no surprise it has risen above the clutter to identify itself as a hit song. We are excited to be partners with the Walters on making ‘I Love You So’ a global hit and for the future music that this new chapter for The Walters will bring.”

The band also notes that none of them ever stopped recording music individually, but the decision to reunite stemmed from the realization that they would rather be making music together. They were especially excited about reuniting under a deal with Warner Records: “A lot of our favorite bands over the years have been on Warner. The vibe was right from the start, and they were really excited to work with us.”

The band says it’s looking forward to returning to the stage in December, with a limited run of three sold-out shows in New York, Los Angeles and Chicago. “We missed playing those songs on stage and the energy of the crowd,” The Walters say, adding that they have plans to release new music in the near future.

Check out the band’s reunion shows announcement below.