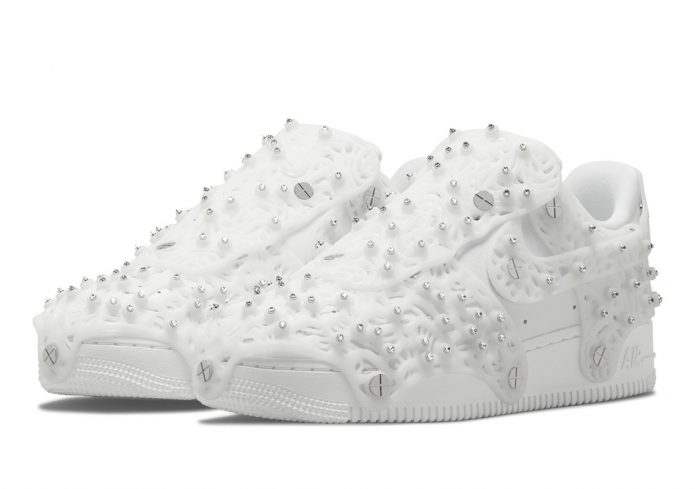 The name Swarovski alone conjures a wealth of applause — especially whenever sneakers are involved. And following a brief departure to adidas, the jewelry purveyor is back in Nike’s arms, joining hands for two eccentric takes on the Air Force 1.

Even at a glance one can see these are worlds apart from the collaborations previous. Gone entirely are the crystals, herein replaced by metallic silver studs. And while lacking the same glimmer, the hardware makes up for it with frequency, embedding into the malleable, removable shroud many a time. The latter also comes in multiples, individually wrapping the instep, toe, Swoosh, and heel in a color that matches the leather base underneath. And speaking of the latter, the foundation is largely kept traditional in construction, which is easier to see once the covers are unscrewed with the included tool.

Enjoy a close-up look at both the black and white colorway below. If you’re hoping to secure a pair for yourself, sit tight as we await more information.

In other news, have you seen the A Ma Maniere Air Jordan 1?