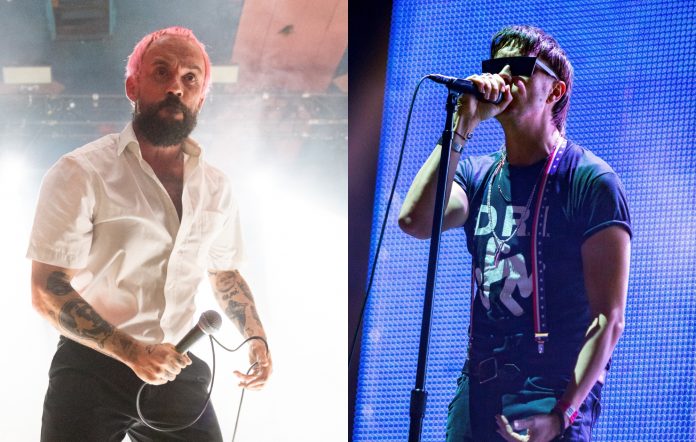 The Strokes have announced a special New Year’s Eve show in New York.

Julian Casablancas and co. will perform at the Barclays Center in Brooklyn on December 31, with support coming from IDLES and Hinds. Tickets go on sale here at 10am ET this Friday (October 29).

A fan club pre-sale will take place at the same time tomorrow (Tuesday, October 26). You can see the announcement tweet and official gig poster below.

The Stokes played at the Barclays Center on New Year’s Eve 2019 before returning with their latest album, ‘The New Abnormal’, in February 2020.

The NYC band will touch down in the UK next summer, having confirmed headline appearances at Lytham Festival in Lancashire and TRNSMT 2022. They’re also scheduled to perform at Barcelona’s Primavera Sound and Berlin’s Tempelhof Sounds.

IDLES are set to return with their fourth album ‘Crawler’ on November 12. Hinds, meanwhile, recently opened for Future Islands on their ‘Calling Out In Space’ run of shows.

Earlier this month, Julian Casablancas shared a parody of the cover for Arctic Monkeys’ debut album ‘Whatever People Say I Am, That’s What I’m Not’. “lolll – i always wanted to be in the Arctic Monkeys,” the singer captioned his post.

The image saw Casablancas take on the role of Chris McClure, who smokes a cigarette on the original artwork. Alex Turner paid tribute to the New Yorkers on 2018’s ‘Star Treatment’, singing: “I just wanted to be one of The Strokes, now look at the mess you’ve made me make.”