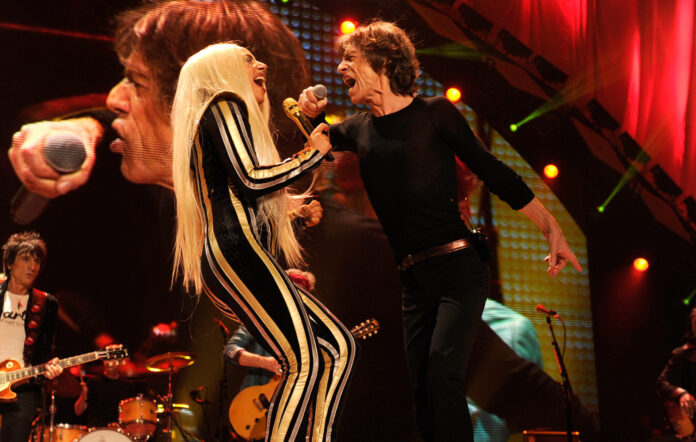 The show, which took place in December 2012 at the Prudential Center in Newark, New Jersey, was originally broadcast as the pay-per-view event The Rolling Stones: One More Shot. It has now been re-mixed and re-edited for a new release, which will be released as a triple-album vinyl and a double-album CD. ‘GRRR Live!’ will also be released on both DVD and Blu-Ray.

The show, which took place as part of the band’s ’50 and Counting’ world tour, was notable for its long list of special guests. Lady Gaga joined the band on-stage to duet with Mick Jagger on ‘Gimme Shelter’, with John Mayer and Gary Clark, Jr. guesting on ‘Going Down’.

Later in the show, both members of The Black Keys jammed with the Stones on a cover of Bo Diddley‘s ‘Who Do You Love’, while New Jersey native Bruce Springsteen performed ‘Exile On Main Street’ deep-cut ‘Tumbling Dice’. The band also welcomed their former guitarist Mick Taylor to the stage for a rendition of ‘Midnight Rambler’.

Watch a trailer for the album and DVD below:

In a statement shared to social media, ‘GRRR Live!’ was described as “the definitive concert film, recorded on one of the most memorable shows in the band’s history”. Its release in February 2023 will mark the band’s second archival live album in as many years; this past May saw the band release ‘El Mocambo 1977’, which marked the first official release of a secret show the Stones played at Toronto’s El Mocambo club.

Away from archival releases, the band are reportedly at work on completing the follow-up to 2016’s ‘Blue and Lonesome’ – which will feature the final recordings of their late drummer, Charlie Watts. Jagger was also recently spotted in the studio with Dua Lipa.