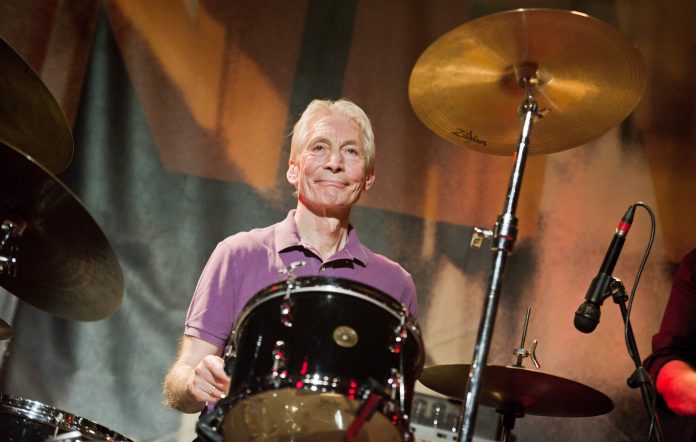 The Rolling Stones have recalled their final meetings with Charlie Watts in a new interview.

The longtime Stones drummer died at the age of 80 last month (August 24), prompting a huge outpouring of tributes from the music world and beyond. His surviving bandmates reflected on the “huge loss” last month, later dedicating their first show of 2021 to Watts.

Now, speaking to the LA Times, Stones guitarist Ronnie Wood said he was one of the last people to see Watts alive, in a London hospital.

Woods said Watts was in the exact same room he was treated for cancer in the last year.

“We call it the Rolling Stones suite,” Wood said he joked with Watts.

Speaking about the last time he saw Watts he then added: “We watched horse racing on TV and just shot the breeze. I could tell he was pretty tired and fed up with the whole deal.

“He said, ‘I was really hoping to be out of here by now,’ then after that there was a complication or two and I wasn’t allowed back. No one was.”

Mick Jagger and Charlie Watts of The Rolling Stones accept the award for Album Of The Year at the Jazz FM Awards 2017 at Shoreditch Town Hall on April 25, 2017 in London (Picture: Dave J Hogan/Dave J Hogan/Getty Images)

Keith Richards aded: “I’m still trying to put it together in my head. I don’t think I can be very erudite on Charlie at the moment.”

Frontman Mick Jagger went on to explain how Watts had encouraged them to do the tour without him.

He added: “When you’re a band for this long, it’s unlikely you won’t have any changes. Of course, this is probably the biggest one we’ve had. But we felt — and Charlie felt — that we should do this tour. We’d already postponed it by a year, and Charlie said to me, ‘You need to go out there. All the crew that have been out of work — you’re not gonna put them out of work again.’

“So I think it was the right decision to keep going. The band still sounds great onstage, and everyone’s been really responsive at the couple of big shows we’ve done so far.

“They hold up signs saying, ‘We miss you, Charlie,’ and I miss him too.”

Steve Jordan, who initially stepped in so Watts could recover from surgery, is now The Rolling Stones’ permanent touring drummer. Jagger previously explained that Jordan was “very respectful of Charlie” and “did [his] homework”.

During a separate interview this month, the singer said that Watts was the one who “held the band together for so long,” adding: “We had some really nice conversations in the last couple of years about how all this happened with the band.”

The Rolling Stones’ ‘No Filter’ US tour kicked off in St Louis, Missouri on Sunday (September 26). The concert began with an empty stage and only a drumbeat, with photos of Watts appearing on the giant screens.

“We’ll miss Charlie so much, on and off the stage,” Mick Jagger told the audience.