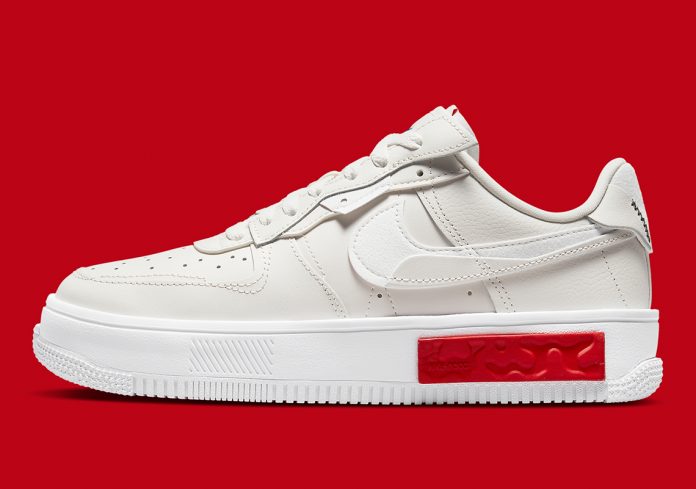 Among the Air Force 1‘s many, many models, the Fontanka may just be one of the more interesting ones. Influenced by post-Soviet Union Russia, it takes the original and gives it an aggressive, layer-heavy makeover. And here, the silhouette takes the stage yet again, sporting a new “Phantom” colorway.

Between an off-white and a light grey, the titular hue is used throughout the shoe, dressing the toe, heel, and many of the fixtures in between. The Swoosh, however, is given a much brighter white finish, which only adds to the dimension created by the additional paneling, over-proportioned heel tab, and the slew of jagged stitching. Moreover, the shoe’s other signature, the React-built “cassette tape,” returns as well, this time clad in “University Red” like most of the adjacent logos.

Enjoy a closer look at these below. Sizes are sure to appear on Nike.com and select retailers soon.

In other news, the Forum Mid EQT Green was recently unveiled.