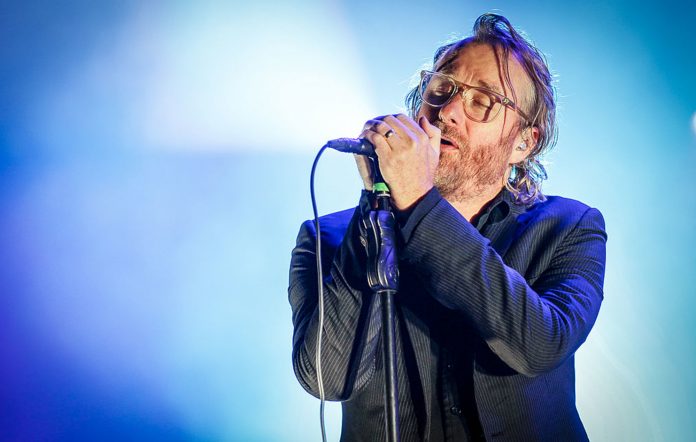 The National have added their entire catalogue to Bandcamp to celebrate the 20th anniversary of their self-titled debut album.

READ MORE: The National’s Matt Berninger on 10 years of ‘High Violet’: “We wanted to reach everybody”

“Today we take a moment to recognize the 20th Anniversary of our self-titled debut album,” the band wrote in an Instagram post last night (October 29). “We are grateful for the journey this record began and the path it set us on over the last two decades, the best part of which has been getting to share it with so many of you.”

They continued: “The occasion also provides an opportunity to announce that The National’s full catalog, from our first album to I Am Easy To Find, will be available via @bandcamp starting tomorrow.”

The announcement was accompanied by a series of old photographs of the band, along with the artwork for their first album and an advert for an early tour.

Produced by Nick Lloyd and The National, the band’s debut album was released on October 30, 2001. It was recorded prior to guitarist Bryce Dessner’s full arrival into the band, although he contributed as a guest performer.

Earlier this month, The National‘s Aaron and Bryce Dessner announced details of their soundtrack for the upcoming film adaptation of the musical Cyrano.

It was announced last year that MGM had acquired the rights to the film, which will be directed by Joe Wright and see Peter Dinklage reprise his role as Cyrano De Bergerac from the 2018 musical that played at the historic Goodspeed Opera House’s Terris Theatre.

The Cyrano OST will be released via Decca Records in vinyl and CD formats on December 10, with the film coming to UK cinemas in January.

The music has been written and composed by the Dessner twins, while The National frontman Matt Berninger and his wife Carin Besser have written lyrics for the score, which will be performed by Dinklage and more.

A new song from The National, ‘Somebody Desperate’, will also appear on the soundtrack and feature in the end credits of the film.

The post The National add entire catalogue to Bandcamp to celebrate 20th anniversary of debut album appeared first on NME.