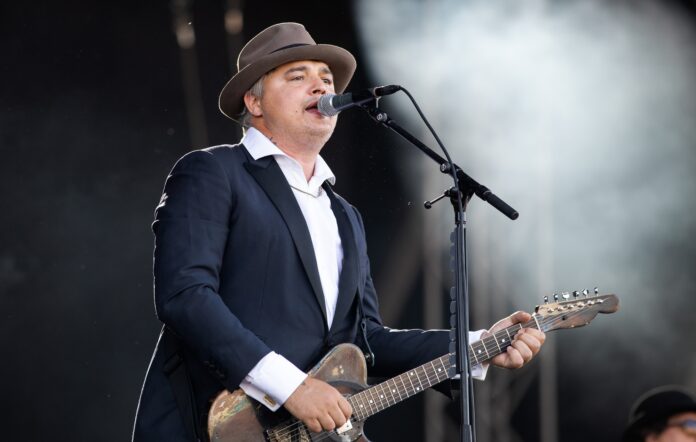 READ MORE: Gary Powell on The Libertines’ new album: “We’re not going to reinvent the wheel, but we can push the boat out a little more”

The band tweeted the news this evening (August 11) but didn’t give details as yet of where the gigs will take place.

“[Two] last minute UK shows to be announced very soon,” the Tweet began, before adding: “where we heading?”

Speaking recently to NME about the band’s upcoming new album, Gary Powell said he was focussed firmly on the band’s future now, rather than their 20th anniversary celebrations for ‘Up The Bracket’.

He said: “My mind is more in line with the opportunity to record a new album than anything regarding 20 years ago. We’ve been playing the majority of the album [‘Up the Bracket’] for 20 years now, so this year for me, is a great opportunity to draw a line under this part of the saga and move on to the next phase.”

Discussing the progress of the follow-up to 2015’s ‘Anthems For Doomed Youth’, Powell elaborated: “The good thing is everybody’s been writing. I’m hoping there’s going to be a whole new fervour and interesting dimension added to how we approach things.

“Obviously, we’re not going to try and reinvent the wheel and be like Depeche Mode going from rock ‘n’ roll to electronic, but I think we can push the boat out a little more while still bringing something that has the same emotional integrity and dynamism that the audience craves when they come to a Libertines show.”

The band are currently on tour as part of the 20th anniversary celebrations of their debut album ‘Up The Bracket’, which will also see them release a ‘Super Deluxe Edition’ of the record in October.