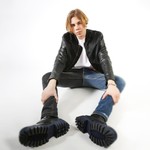 The Kid LAROI adds to his impressive, and growing, list of awards.

The proud Kamilaroi singer and rapper took out artist of the year at Australia’s National Indigenous Music Awards 2021, which took place Sunday night as a virtual ceremony.

LAROI (real name Charlton Howard) scooped the night’s top award, capping an extraordinary year that saw him lead the singles and albums charts in the U.S. and Australia, smashing records along the way.

When F*ck Love climbed to No. 1 on the Billboard 200, he became the first Indigenous Aussie to rule the chart. And when it hit the summit of the ARIA Albums Chart, he became the youngest solo Australian artist to do so.

LAROI’s collaboration with Justin Bieber, “Stay,” also led the Billboard Global 200 and Hot 100 surveys, and, in April, he scooped the APRA Award for best newcomer.

Also at the NIMAs, Bundjalung rapper JK-47 shot down album of the year with Made For This; Aṉangu/Torres Strait Islander artist Miiesha scored song of the year for “Damaged” (written with Stephen Collins); Coodjinburra artist Budjerah was named best new talent, and, riding high after the release of his debut album Gela, Baker Boy received film clip of the year honors for “Ride” featuring Yirrmal.

In one of the evening’s most touching moments, Indigenous singer-songwriter Kevin Carmody was inducted into the NIMAs Hall of Fame. Carmody, who co-wrote the protest song “From Little Things, Big Things Grow” was elevated into the ARIA Hall of Fame back in 2009.

“I’m absolutely so proud, humbled and honored to accept the award on behalf of all of us,” Carmody enthused. “Past, present and of course future, because it’s a collective way of thinking in my opinion, that we all go together and no one gets left behind.”

On the night, Electric Fields performed a rendition of “From Little Things, Big Things Grow” as a tribute to Carmody, and Tilly Tjala Thomas delivered an intimate performance of her original song, “Ngai Yulku Nhiina.”

A celebration of music, song, dance, and the oldest surviving culture on the planet, the NIMAs are supported by the Northern Territory Government and in association with Darwin Festival.