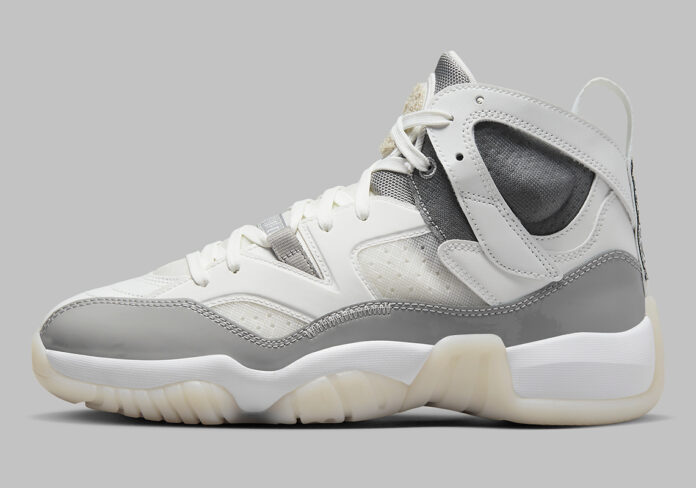 After a brief hiatus, the Jordan Two Trey is back on the release calendar, soon to land in a WMNS exclusive colorway that consists of several neutral tones.

Almost luxurious in its aesthetic, the pair begins with a white base, which is comprised of both leather paneling and mesh inserts. Adjacent, grey brushes the silhouette’s signature patent leather mudguard, matching part of the adjacent collar and tongue. Cream finishes then round out the design by way of the shoe’s outsole as well as its chenille patch.

For a closer look at this upcoming Jordan Two Trey, check out the official images below. These should hit select retailers and Nike.com soon, so sit tight.

In other news, a new Dunk Low Worldwide was just unveiled.