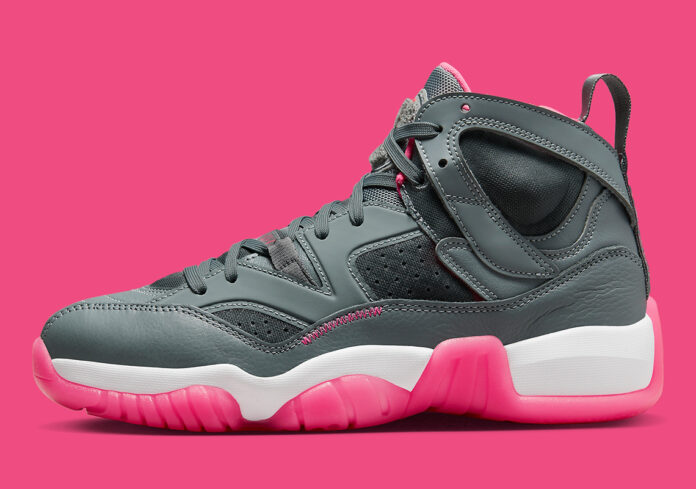 Relatively new to the Jumpman family, the Jordan Two Trey has seen a handful of releases since the beginning of Summer. And as we embark on Autumn, the silhouette is combining two very disparate colors: grey and hot pink.

A blend of past silhouettes à la the 6 Rings, the Two Trey casts many of its details in a more neutral light here. From the paneling itself to the chenille patch affixed to the tongue, the pair proffers both dark and light shades of grey, creating a unique color blocking through this variance alone. Pinks, then, come in atop, highlighting the branded text and insignia as well as the adjacent lining, stitching, and outsole.

For a closer look at this somewhat adventurous take on the Two Trey, check out the official images below. These should hit select retailers as well as Nike.com soon, so sit tight if you’re looking to secure a pair.

In other news, early images of the Concepts Nike SB Dunk Low Orange Lobster have surfaced.

The post The Jordan Two Trey Appears In Grey And Pink
appeared first on Sneaker News.

The post The Jordan Two Trey Appears In Grey And Pink appeared first on Sneaker News.