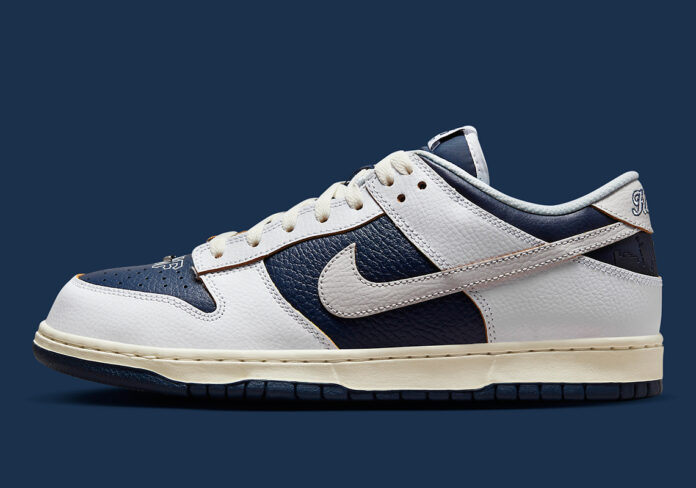 A little over a month ago, it was unveiled that HUF would be working on two iterations of the Nike SB Dunk Low, both of which honor not only baseball’s most legendary but also the label’s late founder Keith Hufnagel. And after being leaked all that time ago, the collaboration’s “New York City” colorway has finally surfaced via official images.

Dressed to the nines in Yankees-inspired hues, the shoe is aesthetically simple in its color blocking. Dark navy hues outfit the shoe’s base, while white leathers sit over top, these overlays yellowed along every edge. HUF, then, stamps their name atop the toe box; Hufnagel’s sits across the heels, specifically spelling out “Keith Forever” in calligraphic embroidery. What’s more, the silhouette of the NYC skyline is embossed just below this tribute, and tie-dyed canvas sits underneath the removable, tumbled leather mid-panels.

As of writing this, a release date has not been confirmed, so sit tight and enjoy an official look at the HUF x Nike SB Dunk Low “New York City” below.

In other news, Futura Off-White Dunks are finally releasing.