HomeNewsThe Game Details How Dr. Dre Made "How We Do" Happen With...
News

The Game Details How Dr. Dre Made “How We Do” Happen With 50 Cent 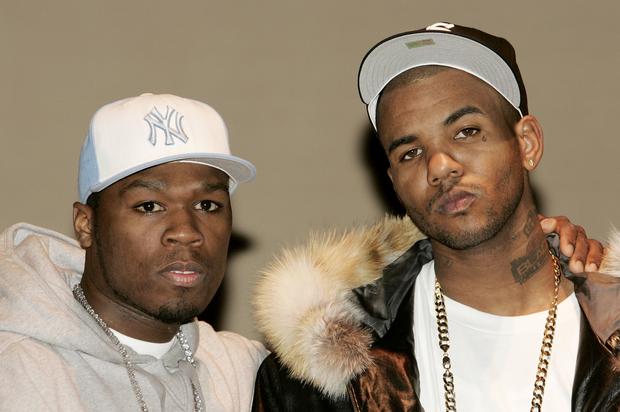 The song remains one of The Game’s most beloved classics and he recently shared just how the track materialized. The Los Angeles rapper is continuing to share moments from his career as he promotes his latest album Drillmatic: Heart vs. Mind, and recently, he caught up with Carl Lamarre for The Debut Live. During the chat, Game revisited “How We Do,” his The Documentary hit that featured 50 Cent, and shared how Dr. Dre was instrumental in making that collaboration come to pass.

According to Game, he was just rapping to himself while walking down a hallway when Dr. Dre overheard. The Aftermath mogul allegedly asked Game what her was “mumbling,” but Game dismissed it because he didn’t believe it was anything important at the time. Dre wouldn’t let it go so Game delivered a few lines and the megaproducer wanted to lay the track right then and there.

“We wasn’t even in the studio when we recorded that one.”

In recent years, Game and Fif haven’t been on good terms. Game often takes to social media to troll or poke fun at his former friend and 50 Cent’s allies, including Eminem. Check out The Game’s clip from The Debut Live below.