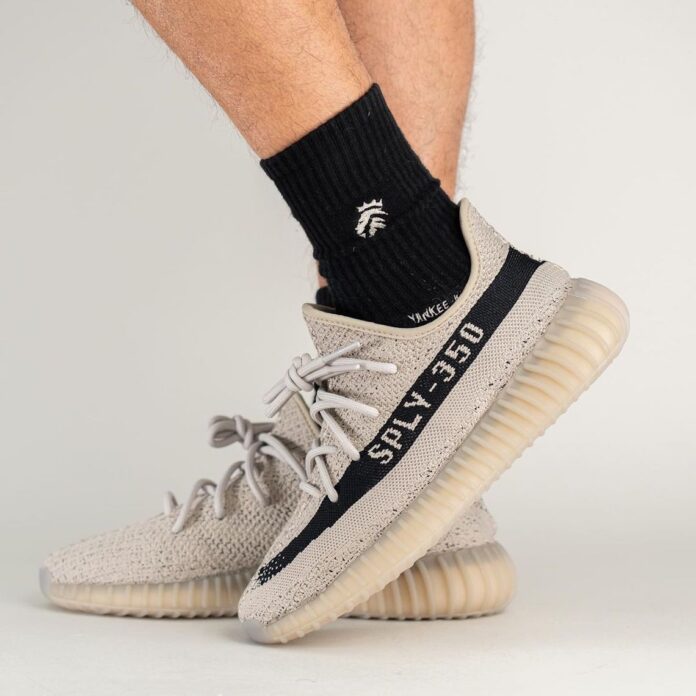 Despite an overwhelming sentiment that it’s gotten “old,” the adidas Yeezy Boost 350 v2 continues to form an important part of Kanye West’s sneaker empire. Recently, the silhouette emerged in a “Slate” colorway set to release on September 3rd.

Akin to some of the most celebrated colorways of the most ubiquitous Yeezy design yet, the upcoming option indulges in a two-tone combination across its Primeknit upper. The bulk of the sneaker takes on the titular greyish hue, while “SPLY-350”-branded strips across the profiles deviate in dark black contrast. Underfoot, the ribbed semi-translucent midsole takes on a brownish tint, giving the Yeezy 350 v2 a beige finish that falls in line with the earth tones found throughout the adidas Yeezy empire.

No firm release details have been disclosed by the brand, but that’s likely to change before 2022 ends. In the meantime, enjoy on-foot shots of the pair ahead, courtesy of Instagram user @yankeekicks.

For more from the Three Stripes, check out the adidas AdiFOM Q.

A Spray Painted “Stencil” Coats The Nike Air Max Plus 3