The Academy Apologizes To Sacheen Littlefeather Over Infamous 1973 Oscars Incident 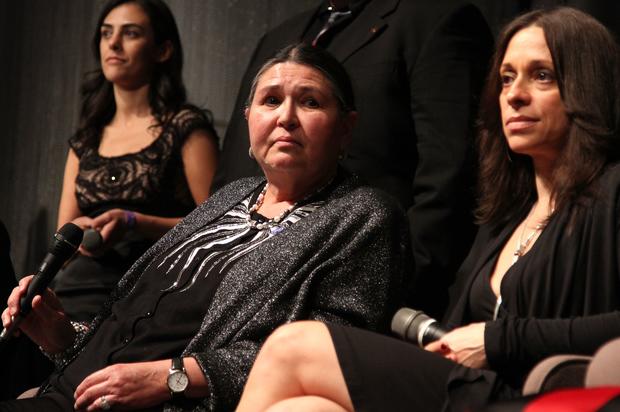 The Academy of Motion Picture Arts and Sciences has sent a letter to Sacheen Littlefeather apologizing to the actress for the infamous incident at the 1973 Oscars ceremony, where she was booed for criticizing the portrayal of Native Americans in Hollywood films. Littlefeather was invited on stage by Marlon Brando, who asked her to decline the Academy Award for Best Actor for his role in The Godfather.

“The abuse you endured because of this statement was unwarranted and unjustified,” the Academy wrote in their letter. “The emotional burden you have lived through and the cost to your own career in our industry are irreparable. For too long the courage you showed has been unacknowledged. For this, we offer both our deepest apologies and our sincere admiration.”

They continued: “We cannot realize the Academy’s mission to ‘inspire imagination and connect the world through cinema’ without a commitment to facilitating the broadest representation and inclusion reflective of our diverse global population.”

Following the publication of the letter, Littlefeather addressed the apology in a press release provided to Deadline.

“Regarding the Academy’s apology to me, we Indians are very patient people—it’s only been 50 years! We need to keep our sense of humor about this at all times. It’s our method of survival,” Littlefeather said, according to the outlet. “I never thought I’d live to see the day for this program to take place, featuring such wonderful Native performers and Bird Runningwater, a television and film producer who also guided the Sundance Institute’s commitment to Indigenous filmmakers for 20 years through the Institute’s Labs and Sundance Film Festival. This is a dream come true. It is profoundly heartening to see how much has changed since I did not accept the Academy Award 50 years ago. I am so proud of each and every person who will appear on stage.”

Appearing in the documentary, Sacheen: Breaking the Silence, Littlefeather, a White Mountain Apache, said that she was blacklisted by Hollywood in the years after the incident. Although Brando was supportive at the time, she also felt that he abandoned her as the years went on.

Check out Littlefeather’s appearance at the 1973 Oscars below.