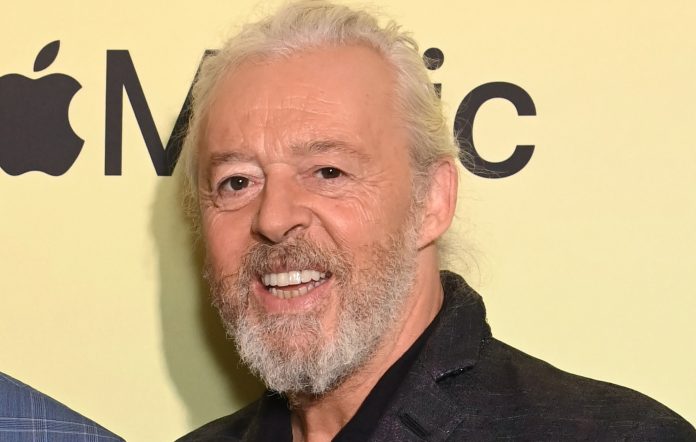 Tears For Fears‘ Roland Orzabal has discusses how he began writing songs for what would become the duo’s first new album in 17 years while caring for his late wife.

Earlier this month, the band announced their return with details of new album ‘The Tipping Point’, their first since 2004’s ‘Everybody Loves A Happy Ending’.

In a new interview with the Guardian about the reunion, Orzabal and bandmate Curt Smith discussed how they ended up writing new music after so long, and how Orzabal’s personal tragedy informed the music.

The musician’s wife, Caroline, died in 2017, a decade after the menopause sent her into depression and alcohol misuse. “The wheels came off, and she went from being extremely feisty and spirited and up, and so charismatic, to hitting depression. And menopause was probably a smokescreen,” Orzabal said.

“I don’t know how commonly known it is that alcohol is far more dangerous for a woman than it is for a man, and the problem was Caroline used to match me,” he added. “But again, that’s my own ignorance and stupidity at what was going on, because at that point in time there should have been no alcohol anywhere, that’s a fact.”
Discussing how the experience informed ‘The Tipping Point’, he said: “I needed some respite from the constant illness, the constant dysfunction, and as per usual, as I’ve always done all my life, they went into lyrics and songs.”

Tears For Fears’ long-awaited seventh album, ‘The Tipping Point’, is set to arrive on February 25, 2022 via Concord Records. You can pre-order/pre-save it here.