Tears For Fears announce ‘The Tipping Point’ UK tour for 2022 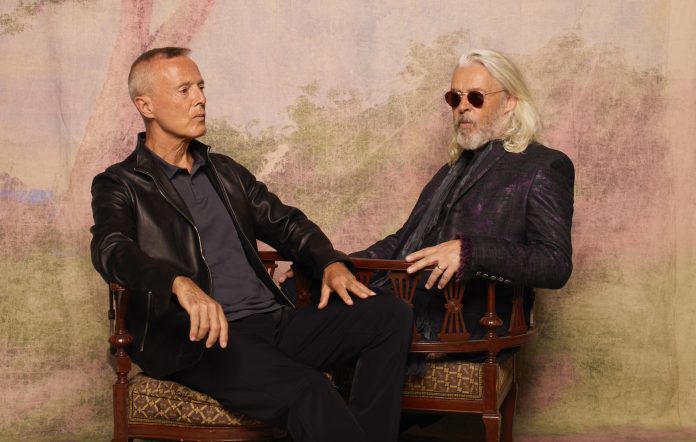 Tears For Fears have announced their first UK tour dates in three years, riding on the high of their first album in almost two decades.

The duo – comprised of Roland Orzabal and Curt Smith – have 16 dates on the itinerary for next summer, kicking off in Shropshire on Friday July 1; take a look at the full list of shows below. Support comes courtesy of Essex singer-songwriter Alison Moyet, who will open for all dates of the run.

It comes in promotion of the band’s forthcoming seventh album, ‘The Tipping Point’, which is set for release on February 25 via Concord Records. A follow-up to 2004’s ‘Everybody Loves A Happy Ending’, the new record will mark their first full-length effort in 18 years.

“We couldn’t be more excited to start playing concerts again,” Smith said today (November 12) in a statement. “We’ve missed seeing our friends on the road around the world and the energy of performing live.”

Orzabal echoed his excitement, noting that ‘The Tipping Point’ was “a long time in the making” and enthusing that he and Smith are “looking forward to playing our favourites from the new album as well as our classics from throughout the years”.

‘The Tipping Point’ was announced last month alongside its title track, upon which Orzabal explained: “Before everything went so right with this album, everything first had to go wrong, it took years, but something happens when we put our heads together. We’ve got this balance, this push-me-pull-you thing – and it works really well.”

The vocalist/guitarist/keyboardist later spoke about his writing process for the album, pointing out that he’d first started penning new tracks while caring for his late wife. “I needed some respite from the constant illness [and] the constant dysfunction,” he said, “and as per usual, as I’ve always done all my life, they went into lyrics and songs.”

Tickets for Tears For Fears’ upcoming UK tour go on sale at 9am next Friday (November 19), with a presale for AEG members starting two days earlier. Take a look at the full list of dates below:

The post Tears For Fears announce ‘The Tipping Point’ UK tour for 2022 appeared first on NME.