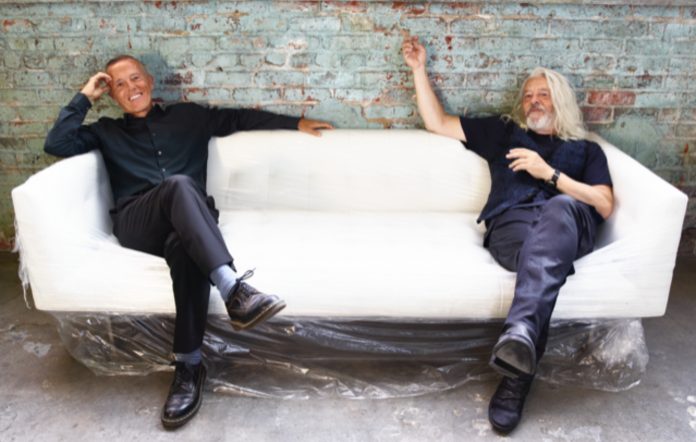 Tears For Fears have announced their first album in 17 years, ‘The Tipping Point’.

The duo – comprised of Roland Orzabal and Curt Smith – last released a full-length record in 2004 with ‘Everybody Loves A Happy Ending’. They shared two new tracks – ‘I Love You But I’m Lost’ and ‘Stay’ – in 2017 as part of their ‘Rule The World’ greatest hits LP.

Today (October 7) the group have returned with news of their long-awaited seventh album, which is set to arrive on February 25, 2022 via Concord Records. You can pre-order/pre-save it here.

The announcement comes with the project’s title track and its accompanying official video – tune in below.

“Before everything went so right with this album, everything first had to go wrong, it took years, but something happens when we put our heads together,” Orzabal explained of Tears For Fears’ decision to return.

“We’ve got this balance, this push-me-pull-you thing – and it works really well.”

The band teamed up with longtime collaborator Charlton Pettus as well as producers and songwriters Sacha Skarbek and Florian Reutter on ‘The Tipping Point’, which came about after a switch in management.

“And it’s different from a marriage. It’s literally like that’s your brother. It’s the kind of bond that you can’t really break. It can fall apart at times. You separate for periods, which I also think is healthy, really. But in the end, we always seem to find each other again.”

The tracklist for ‘The Tipping Point’ is as follows: