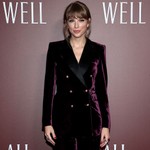 A former Trump White House official is speaking out about what she described as a kind of unofficial Taylor Swift ban during the previous administration. Former homeland security, counterterrorism and coronavirus advisor Olivia Troye told MSNBC’s Chris Hayes that “the fear” was real under Trump, fueled by “social media checks” and warnings from higher-ups to “watch my every move.”

In on anecdote, Troye recalled that after a vigorous disagreement with a colleague during a tense meeting near the start of the COVID-19 pandemic, she went to her office to cool down by cranking up some of TSwift’s music. A knock on the door followed, with a male colleague asking, “‘Are you trying to get fired?’”

Troye said she was confused by the question, wondering if the warning came for her bluntness in meetings. Despite what Hayes called the well-known culture of “obsessive, paranoid, quasi-authoritarian enforcement of loyalty” in the one-term former reality star’s White House, Troye was shocked at what she saw as an obvious example of the “gestapo”-like tactics employed by the previous administration described in a recent Atlantic magazine piece. “I don’t think she’s a fan of Trump’s,” Troye said her colleague responded of Swift, who endorsed President Joe Biden during the presidential election. “And so, if somebody hears that, you should really watch your back. You should be careful on that.”

“The change we need most is to elect a president who recognizes that people of color deserve to feel safe and represented, that women deserve the right to choose what happens to their bodies, and that the LGBTQIA+ community deserves to be acknowledged and included,” Swift told V Magazine about her support for Biden at the time. “Everyone deserves a government that takes global health risks seriously and puts the lives of its people first. The only way we can begin to make things better is to choose leaders who are willing to face these issues and find ways to work through them.”

Before the election, Swift, who had remained largely apolitical until the 2018 midterms, took a direct shot at Trump with the tweet, “We will vote you out in November,” likely making her persona non grata at 1600 Pennsylvania Ave.

Troye, who resigned from the White House in August 2020 and endorsed Biden is now the director of the anti-Trump organization the Republican Accountability Project. And though she said she got a laugh out of the Atlantic piece — in which the writer described Trump’s chief of staff getting a call after he’d asked for information on a department staffer liking a Swift Instagram post endorsing the Biden/Harris ticket and saying “we really can’t have our people liking posts promoting Joe Biden” — Troye was not having it.

“This is sort of how this White House was run,” Troye said of the allegedly strong-arm tactics deployed by Trump’s staffers to ensure loyalty. “And that is what I fear for the future of our country.” As for the idea that she could have been fired for cranking up some Taylor, Troye said that was simply “astonishing… I’m allowed to listen to whatever music I want.”