Taylor Swift thanks her fans after accepting award for ‘Folklore’ film 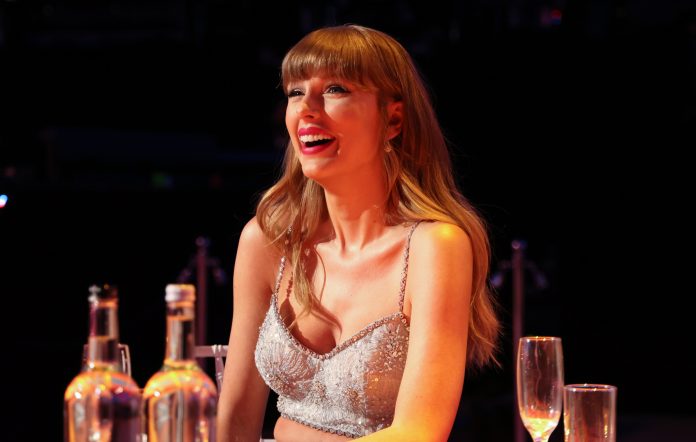 Taylor Swift used her acceptance speech at The Gracie Awards to thank her fans, saying “you continue to blow me away all the time.”

The awards “focus on women who are making positive change and who further the discussion of what a fulfilling career in media looks like,” and Swift won the Grand Award for Special or Variety for her ‘Folklore: The Long Pond Sessions’ concert film.

Swift was introduced by Olympic gymnast Simone Biles who said the award “is given to a woman that has made contributions to media that go above and beyond, that shine a spotlight on issues, and display creativity and storytelling”

“I absolutely adore you and that really made my heart skip a beat,” said Swift in response before starting her acceptance speech.

“Making this film really was a new experience for me in a lot of ways. It was in the middle of the pandemic when this was the first time most of the people who worked on it had left our houses, so I want to first of all say thank you so much to our medical team, our COVID team who tested everyone and made sure we were in a safe space to create music again, it was a really heartening experience.”

| #TaylorSwift acceptance speech after winning the Grand Award for Special or Variety for “folklore: the long pond studio sessions” at #TheGraciespic.twitter.com/4p5OgKOmX7

She then went on to thank “Aaron Dessner, Jack Antonoff, John Low and Laura Sisk, the core team of people who made the ‘Folklore‘ and ‘Evermore‘ albums. I’ll never forget our experience together. Filming the Folklore Long Pond Sessions was a way to commemorate that and I’ll always be so thankful for it.”

“But mostly the fans; thank you for caring about all of this,” she finished. “Thank you for being the reason why we could come together in this way, you made the album into what it is and you continue to blow me away all the time.”

Folklore: The Long Pond Sessions was released in November 2020 on Disney+ and saw Swift performing tracks from ‘Folklore’ as well as telling stories about the album.

The post Taylor Swift thanks her fans after accepting award for ‘Folklore’ film appeared first on NME.