HomeNewsTaylor Swift says 10-minute version of ‘All Too Well’ is the original...
News 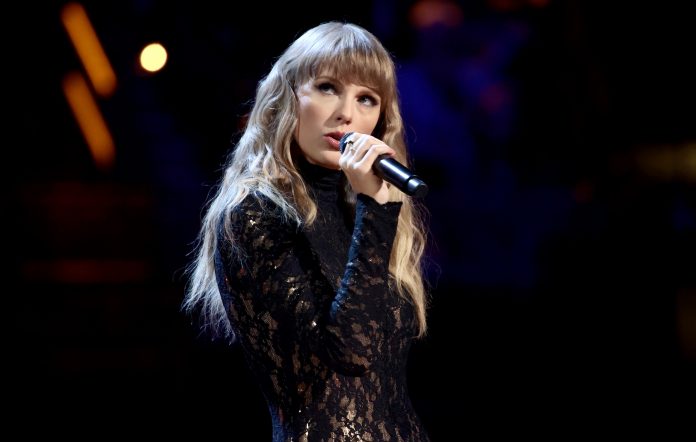 Promoting the newly minted redux of her 2012 album, ‘Red’, Taylor Swift made an appearance on The Tonight Show Starring Jimmy Fallon to discuss one of its standout tracks: a sprawling 10-minute version of the song ‘All Too Well’.

Swift explained that ‘All Too Well’ – a fan-favourite from the album, clocking in at 5:28 for its initial release – was first written as a cathartic exercise during a rehearsal session for her ‘Speak Now’ tour. “I showed up for rehearsals, and I was really upset and sad, and everybody could tell – it was like really not fun to be around me that day,” she said.

She goes on to say that the version of ‘All Too Well’ written in that moment wasn’t intended to be saved, but her mother had salvaged it from the rehearsal session via Swift’s sound engineer. Noting that it’s become her favourite song on ‘Red (Taylor’s Version)’, Swift said that ‘All Too Well (10 Minute Version)’ would be “the new standard version of what this song is”.

Have a look at Swift’s full chat with Fallon below:

Swift also spoke about the short film based on ‘All Too Well’, which is set to premiere today (November 12) and features Stranger Things‘ Sadie Sink and Maze Runner star Dylan O’Brien. She touched on one particular “very tense scene” between Sink and O’Brien, wherein, according to Swift, “they were so electric and [improvising] a lot of what they were doing that we just couldn’t take the camera off [them]”.

‘Red (Taylor’s Version)’ was released today via Republic. It features “all 30 songs that were meant to go” on the original album, as well as collaborations with Phoebe Bridgers, Ed Sheeran and more. It was initially scheduled to arrive on November 19, but was pushed forward by one week.

In a four-star review, NME writer Hannah Mylrea said: “It’s not an exercise of rethinking and tweaking old songs, but to take back ownership of her own music. The production here is a little sharper, with the instrumentation being brought further into focus: the opening percussion of ‘State of Grace’ is crisper, the soft-rock guitar of the title track a little brighter and the mandolin of ‘Stay Stay Stay’ lifted.”

Swift is remaking her first six studio albums – up to and including 2017’s ‘Reputation’ – following the controversial sale of her masters in recent years. The star released ‘Fearless (Taylor’s Version)’ in April before sharing a re-recording of ‘1989’ single ‘Wildest Dreams’ last month.

The singer-songwriter will also appear as a musical guest on tomorrow’s episode of Saturday Night Live.

The post Taylor Swift says 10-minute version of ‘All Too Well’ is the original version she wrote at 21 appeared first on NME.