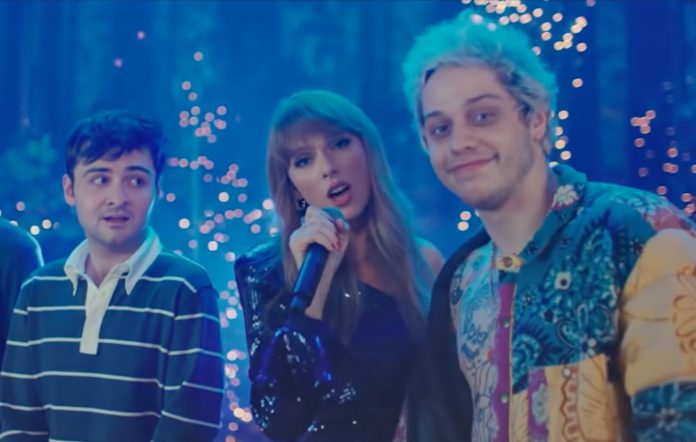 The singer was the musical guest on the latest edition of the show, and performed her new 10-minute version of ‘All Too Well’ from the new re-recorded version of her 2012 album ‘Red’.

Half way through the song, Swift enters, calling one of the comedians a “sad Ron Weasley” who looks like a “Big Bird who lost all his feathers.” Speaking to another of the trio, she says he has “the sex appeal of a scarecrow.”

Watch the sketch below:

For her musical performance on this week’s SNL, Swift played the new extended version of ‘All Too Well’ with acoustic guitar in hand as the track’s new accompanying short film, starring Sadie Sink (Stranger Things) and Dylan O’Brien (Maze Runner), played in the background.

Swift also appeared at the short film’s premiere in New York yesterday (November 13), performing the unabridged version of the song acoustically for the first time.

Addressing the audience, Swift praised the fan power that had given the original release of ‘All Too Well’ a life of its own; she cited that support as “the most important thing about this particular project” and said that it was only because of the fans that ‘All Too Well’ is often labelled one of her best songs.

In a four-star review of Taylor Swift’s re-recorded version of ‘Red’, NME said: “It’s not an exercise of rethinking and tweaking old songs, but to take back ownership of her own music. The production here is a little sharper, with the instrumentation being brought further into focus.”