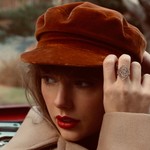 A few upcoming award shows have some megawatt musicians to look forward to gracing their stage.

BTS will be joined by Megan Thee Stallion at the 2021 American Music Awards for a “Butter”-y performance, while Lady Gaga’s House of Gucci performance might earn her a spot at next year’s Academy Awards.

But just this past week, T.J. Osborne of Brothers Osborne delivered some tenderness at the 2021 Country Music Association (CMA) Awards and sealed it with a kiss.

Take a look at Billboard’s weekly roundup and the “awards” it’s giving to this week’s headlines.

The album Swifties know all too well is the gift that keeps on giving. Taylor Swift finally released the re-recorded and expanded version of her 2012 album Red (Taylor’s Version) on Friday (Nov. 12), totaling 30 tracks. She’ll also slated to perform on Saturday Night Live again on Saturday, Nov. 13. Listen to Red (Taylor’s Version) here, and watch her accompanying All Too Well short film here.

The American Music Awards announced on Monday (Nov. 8) that BTS will churn out a performance of their Hot 100 chart-topper “Butter” with special guest Megan Thee Stallion. The superstar team-up will take place at the awards show on Sunday, Nov. 21. See who else will be performing at the 2021 AMAs here.

T.J. Osborne of Brothers Osborne delivered an emotional acceptance speech after he and his brother John won the award for vocal duo of the year Wednesday night (Nov. 10) at the 2021 CMA Awards. “It really does feel like love wins tonight, thank you,” the singer, who came out as gay earlier this year, said shortly after kissing his boyfriend. T.J. also touched on how he thought his sexuality might affect his career before Brothers Osborne performed “Younger Me.” Read about his touching award acceptance moment here as well as his spoken word moment here, and check out the rest of the CMA Awards winners here and best moments here.

Based on reactions from Tuesday’s (Nov. 9) premiere of Lady Gaga’s new film House of Gucci, the superstar might be in it to win more Academy Awards. Her portrayal of Patrizia Reggiani in the crime thriller movie, which will be out in theaters on Nov. 24, might mark a new milestone in her acting career after 2018’s A Star is Born. See what the critics are saying here and Gaga’s regal red carpet look from the film premiere here.

Missy Elliott secured an important part of Hollywood real estate Monday morning (Nov. 8) when the 50-year-old hip-hop icon received her well-earned star on the Walk of Fame. Lizzo, Ciara, Janelle Monae and more attended her illustrious ceremony, where the “Juice” singer poured out her love and affection for the MC. Learn more about her latest honor here and read Lizzo’s speech here.