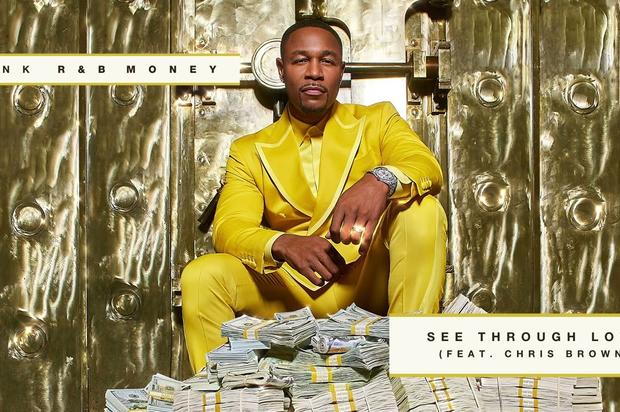 Tank is back with another sultry single that proves R&B is far from dead. This time around, the crooner tapped Chris Brown to join him on his seductive, new Dylan Graham produced record “See Through Love.” TheR&B Money Podcast host has been making his rounds all summer long to promote the release of his 10th and final album of the same name, which was released on Friday (August 19). During a recent interview with The Morning Hustle, Tank said of his new project, “R&B Money is a labor of love to my fans and to the genre of R&B. This is who I am! I wouldn’t be here if it weren’t for artists like Marvin Gaye, Teddy Pendergrass, Keith Sweat, Al Green, and my fans who inspire me every day to make music. I wanted this album to pay homage to my influences and my evolution as an artist, and I think that’s what this final album represents.”

Along with a guest appearance from Chris Brown, the 17-track album will also feature Tank’s R&B Money Podcast co-host J. Valentine, as well as Alex Isley, Vedo and Rotimi. The Washington, D.C. native took to Instagram to celebrate the release of his latest project by posing shirtless with a bouquet of yellow flowers, writing, “Somebody bought me flowers for album release day eve. R&B MONEY” 8/19 link in my bio.”

I live for the moments with you when nobody’s around
Growing with you and letting go of myself
Come here with me, girl, it’s safe as a sound
Be transparent with me and make it easy to see through love