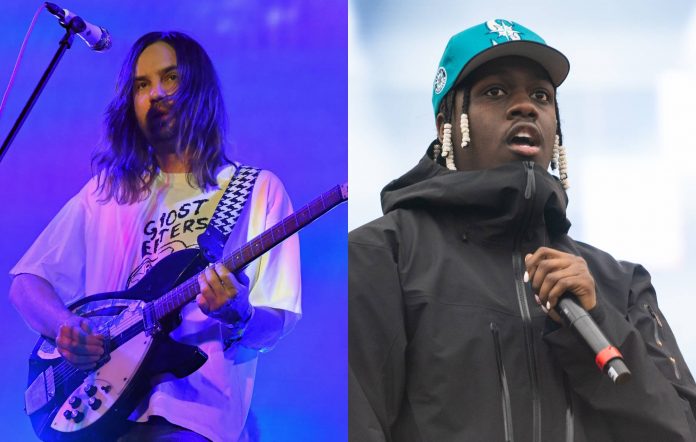 Tame Impala have announced a new deluxe box set of their 2020 album ‘The Slow Rush’ – you can listen to a new remix of ‘Breathe Deeper’, featuring Lil Yachty, below.

Initially released in February 2020, ‘The Slow Rush’ served as the follow-up to the Kevin Parker-led band’s 2015 LP ‘Currents’.

A deluxe box set of ‘The Slow Rush’ is now set to be released via Fiction Records on February 18, 2022.

The new release will feature B-sides and remixes of tracks from the record, with the physical version being pressed on two transparent red LPs and featuring alternate artwork – including a 40-page booklet and The Slow Rush 2050 calendar.

Both the physical and digital versions of the deluxe box set will feature two never-before-heard B-sides, the pre-album single ‘Patience’ (both the original and the remix) and additional extended versions and remixes from the likes of Blood Orange and Four Tet.

This will also include the Lil Yachty-featuring remix of ‘Breathe Deeper’, which you can hear in the above video.

“It was so amazing to work with Kevin as I’ve been a big fan since high school, so it was a pleasant surprise and honour to be a part of such an incredible song,” Yachty said in a statement about his remix.

You can see the tracklist below, and pre-order ‘The Slow Rush’ deluxe box set here.

Earlier this week Tame Impala were named on the 2022 line-up for Innings Festival – the festival which combines live music and major league baseball (MLB).