HomeNewsT.I. says he’s “still a fan” of The Chainsmokers after punching Drew...
News

T.I. says he’s “still a fan” of The Chainsmokers after punching Drew Taggart 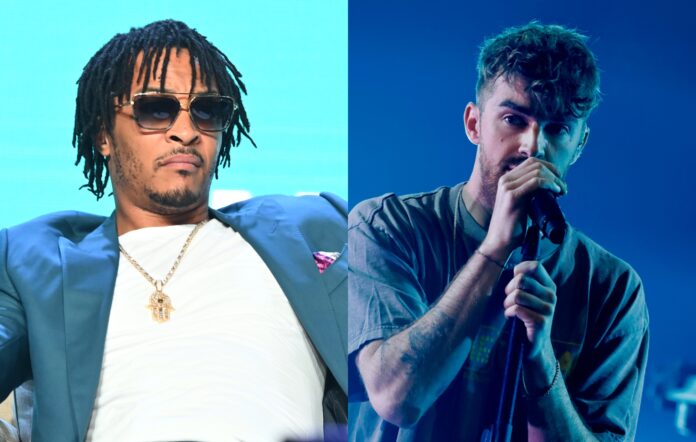 T.I. has spoken out about The Chainsmokers singer Drew Taggart’s recent claim that he was struck in the face by the rapper after giving him a kiss on the cheek.

Taking to TikTok this week, Taggart shared a video that showed the duo performing at a nightclub alongside T.I. and others. “T.I. just literally punched me in the face,” he is heard saying in the clip.

READ MORE: The Chainsmokers: “I promise you, we’re not assholes”

“We’re in a vibe and I, like, gave him a kiss on the cheek – it was totally my fault,” Taggart said, with his bandmate Alex Pall heard laughing in the background.

Taggart explained that T.I. was quick to move on from what had happened: “He was like, ‘Alright cool, we’re good’. It was the weirdest interaction ever.”

The singer said that the rapper was “fully in the right”, adding: “I was feeling the vibes way too hard and I kissed T.I. on the cheek. And he punched me in the face for it! It’s like, fully fine.”

As Hot New Hip Hop reports, T.I has now addressed the incident in a video message obtained by The Shade Room. “I love The Chainsmokers, man – they make great music,” he said. “There’s really not much more to the story.”

He continued: “I think the most important thing to take away is afterwards… we had a drink, we took a shot and we moved on, you know?”

T.I said that he was “still a fan” of The Chainsmokers and “loves” their music. He even invited the pair to appear as guests on a future instalment of his ExpediTIously podcast series.

“I would love to have you guys on ExpediTIously if you can find the time to just sit down and chop it up,” he went on. “I’d love to kick it with you if y’all got some time on your hands. You know, let’s catch a vibe.”

The post T.I. says he’s “still a fan” of The Chainsmokers after punching Drew Taggart appeared first on NME.