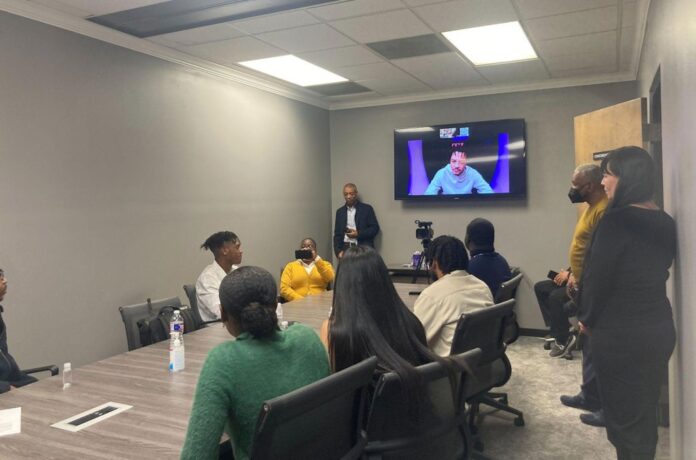 Students at Marshall, Texas HBCU Wiley College will have the opportunity to assist in producing a film alongside Tip “T.I.” Harris’ Grand Hustle Films, it was announced Tuesday (Mar. 1). The film will be bankrolled with funds awarded by The Propel Center, a recently-established HBCU technology and learning hub that provided a $300,000 grant for the project.

Last Wednesday (Feb. 23), students selected to participate in the project — which is designed to help increase representation in the entertainment industry — joined T.I., the founder of Grand Hustle Records, for a virtual lunch to announce and celebrate the partnership.

“I know that there is just as much of a need to cultivate and support the young creatives in our communities as there is for the young scholars and the educators. This is a way to pique the interest of young people, and allow them to express their perspectives through the lens in a way that isn’t done often enough, isn’t supported by the elder scholars,” said the Atlanta rapper, actor and executive. “I think that this is a way to bridge the gap.”

Starting this spring, the selected Wiley College students will produce a film based on the theme “freedom,” to include narratives about Juneteenth, Wiley College’s activist alumni — such as Heman Sweatt, Opal Lee and James Farmer — and other examples from the Black experience. The film, which is scheduled for completion by November, will be streamed on unspecified platforms with global reach.

In addition to participating in the production of the film project, the selected students will also be given opportunities to visit Grand Hustle Films and receive mentorship from T.I. and other industry professionals.

“Wiley College positions its students to have experiences that couple their academic experience with their aspirations,” said Herman J. Felton, Jr., J.D., Ph.D., Wiley College President & CEO. “This partnership is an excellent example of the possibility. Students working with experienced entertainment professionals and Mr. Tip ‘T.I.’ Harris, will continue to set our students up for success in their future endeavors.”

T.I. addressing Wiley College students at a virtual lunch to celebrate and announce the partnership.

Share
Facebook
Twitter
Pinterest
WhatsApp
Previous article
Kacey Musgraves Has Her Own M&M’s: Here’s Where You Can Buy the Limited-Edition Candies Before They’re Gone
Next article
Calibre 50 Announces New Singer: ‘We Begin a New Era’