HomeNewsSystem Of A Down’s Serj Tankian “happy” he was vaccinated after contracting...
News 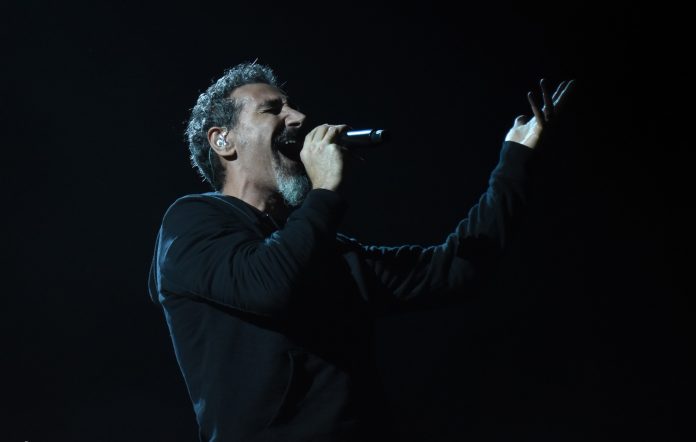 System Of A Down‘s Serj Tankian has said that he’s “happy” he was vaccinated after testing positive for COVID-19 last week.

READ MORE: System Of A Down’s new anthems of rebellion are arena-ready calls for justice

The frontman’s diagnosis forced the band to postpone a pair of shows in Los Angeles at the weekend, both of which were alongside Korn, Helmet and Russian Circles. The gigs have been rescheduled to February 2022.

Taking to social media today (October 25) to thank fans for their outpouring of well wishes, Tankian wrote: “I am overwhelmed and extremely grateful for the outpouring of love and concern from friends and strangers alike. I am doing well and hoping to be clear of all symptoms soon. I believe that being vaccinated helped minimize my symptoms and suffering.”

He continued, “We have many in our community who are resistant to the vaccine. I do understand and am not someone who takes sides on this issue. I think every medical situation requires proper understanding of the patients gender, age, medical history and preconditions. Vaccines should be no different and their side effects taken into serious consideration.

“The health industry cannot operate as a one size fits all on anything anymore. It’s medically irresponsible. That said I’m happy I along with my elder parents are vaccinated. Thank you again for all the love.”

Earlier this month, System Of A Down performed their first new songs in 15 years, ‘Genocidal Humanoidz’ and ‘Protect The Land’, for the first time.

The concert, their first since July 2019, took place in Las Vegas and saw them perform the vast majority of their 2001 album ‘Toxicity’, in celebration of the record’s 20th anniversary.

Meanwhile, Rick Rubin has recalled a huge fight between the members of System Of A Down over their notorious “tapeworm” lyric.

The band’s song ‘Needles’, from their iconic 2001 album ‘Toxicity’, features the immortal lyric, “Pull the tapeworm out of your ass.”

In a recent episode of Rubin’s Broken Record podcast, the Toxicity producer reminisced with the band’s frontman about the lyric, and the mighty argument that followed, with Rubin believing that it could’ve broken the band up on its own.

The post System Of A Down’s Serj Tankian “happy” he was vaccinated after contracting COVID appeared first on NME.