HomeNewsSXSW to make international debut in Sydney in October 2023
News 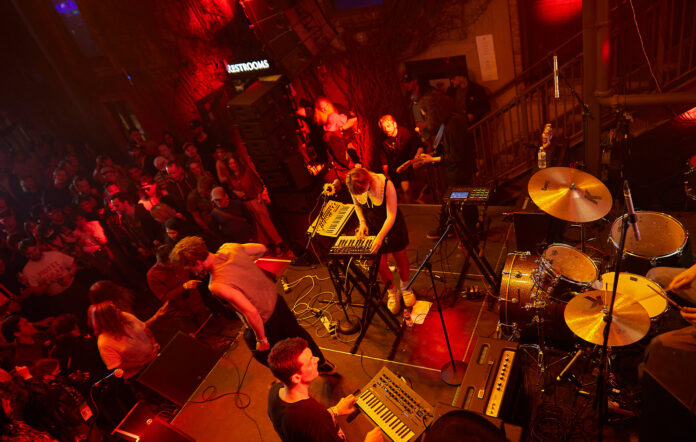 The annual South By Southwest festival – better known these days as SXSW – will expand to Australia next year, marking the first time in the event’s 36-year history that an international edition will be held.

READ MORE: SXSW 2022: the most exciting artists we caught at the returning Austin festival

Since its launch in 1987, SXSW has grown exponentially; this year’s edition, for example, ran for 10 days across March 11-20. It’s long called Austin, Texas home, but the team behind it have held spin-off events – like North By Northwest (NXNW) in Portland, North By Northeast (NXNE) in Toronto, and West By Southwest (WXSW) in Tucson – in years past. Australia’s iteration will be the first to bare the primary SXSW branding outside of the US.

It’ll launch in Sydney next year, running across October 15-22. Venues, performers and speakers are yet to be announced, however APRA AMCOS – the music industry organisation spearheading SXSW’s Asia-Pacific expansion – revealed today (June 30) that SXSW Sydney will host more than 1,000 events.

Like the Austin festival has grown to in recent years, the Sydney iteration of SXSW will feature an eclectic mix of live music, film, gaming and technology. Throughout its eight-day run, the event will host dedicated programs for artist showcases, film screenings, live gaming sessions and product demonstrations. There will also be a conference element, featuring a roster of keynote speakers, panels, summits, networking events and parties.

He continued: “Having SXSW hosted in Sydney is an incredible vote of confidence in local music creators. Whether its stadium concerts, festivals, on screen or in the next generation of digital games, Australian music is already travelling the globe as one of our great exports.

“SXSW Sydney will provide a vital new international platform showcasing the extraordinary talent of Australia’s music creators whether its live, digital, on screen or in new technologies and interactive games. SXSW Sydney has the potential to capture the minds and imaginations of the next generation of great Australian music creators and entrepreneurs.

“If Australia is going to realise its goal to be one of the world’s great music markets, we must invest in a new generation of entrepreneurial and culturally and digitally literate creative music producers and artists.”

This is not a new partnership between SXSW and APRA AMCOS: since 2009, the two organisations have worked in tandem to host a live showcase of Australian artists under the Sounds Australia branding.

In his own statement, Stuart Ayers – New South Wales’ minister for enterprise, investment and trade, minister for tourism and sport and minister for Western Sydney – said the launch of SXSW on local soil will “will provide significant benefits for the NSW visitor economy, with unparalleled networking opportunities to advance our tech and creative industries”.

ARIA CEO Annabelle Herd emphasised the scope of SXSW Sydney in her statement, saying it could be “perhaps the largest-scale event [held in NSW] since the Sydney 2000 Olympics”. She continued: “SXSW presents a real opportunity for Australia to lead the global discussion in future trends, innovation and the value of the creative economy.

“This is a genuine game-changer for Sydney’s cultural outlook, but it is also an exceptional moment for the Asia Pacific region, which has long deserved a conference of this scale to acknowledge its increasingly undeniable impact on global trends and innovation.”

Though next year’s launch of SXSW Sydney will be the first of its kind, Australia does have similar events – for example, Brisbane’s annual BIGSOUND festival hosts four days of live music showcases, panels, keynotes and networking events every September.

The post SXSW to make international debut in Sydney in October 2023 appeared first on NME.