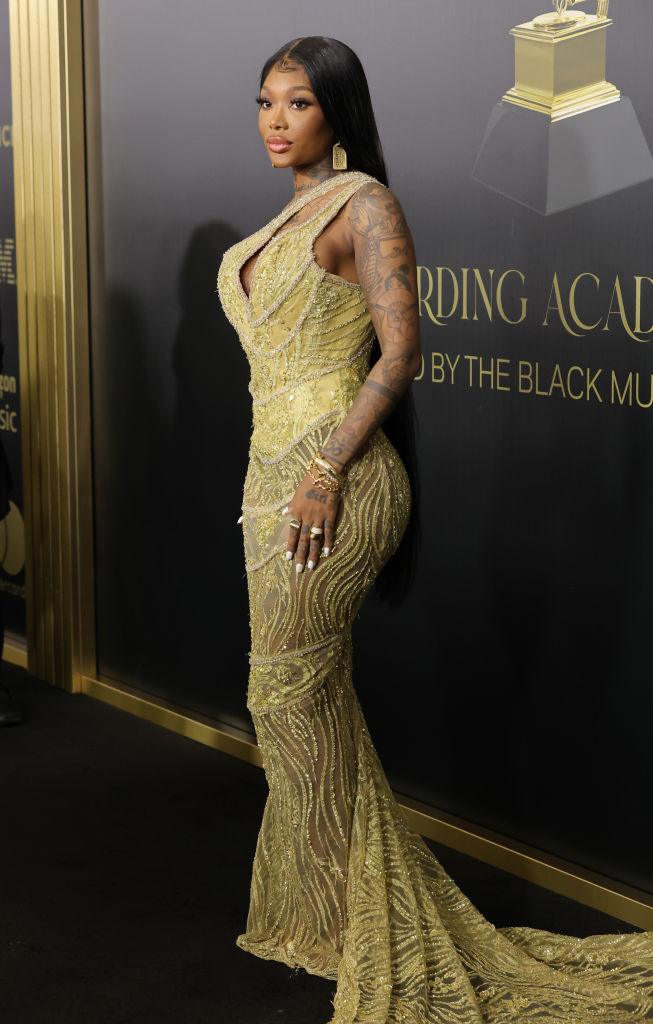 Summer Walker recently teased an upcoming EP to her fans. At the same time, she shaded award shows for not giving her the recognition she deserves.

Alluding to her recent Grammys snub, the R&B singer wrote a message via her Instagram Story. “Now that I know these award shows gone play me [regardless] ima go back to making the soul music I love.”

Earlier this month, the Grammys released their full list of nominees for their 2023 award show. Walker didn’t receive any nods for her hit 2019 album Over It. This time around, fans were expecting her to earn recognition for her second studio album Still Over It.

As HotNewHipHop previously reported, Walker addressed the snub via social media shortly after the nominations were announced. Writing on Instagram, the 26-year-old shared, “And for the Grammys for a 2nd time. The math is literally not mathing.”

The soon-to-be mother of two then expressed gratitude for her fans’ support. “Y’all always pack out every show & support every time I drop so thanks for the love I do receive,” she wrote.

Walker decided to switch things up earlier this month by debuting a rap song titled “Sense dat God gave you.” In the music video, the Atlanta native flaunts her growing baby bump and twerks at a gas station.

“Put that cash straight in my hand / If you got the sense that God gave you / Don’t leave me ’round your man,” she raps.

The singer recently announced a breakup with her now ex-boyfriend Larry, or LVRD Pharoh. After the pair got each other’s names tattooed and announced a pregnancy, she revealed that they had amicably called it quits.

“It’s no hard feelings, Larry is an amazing father,” she revealed in a statement, per PEOPLE. “There’s just certain things I won’t tolerate, but we’re super duper happy to have all our children & we just living life.”

Are you looking forward to Summer Walker’s upcoming EP? Share your thoughts below in the comments.