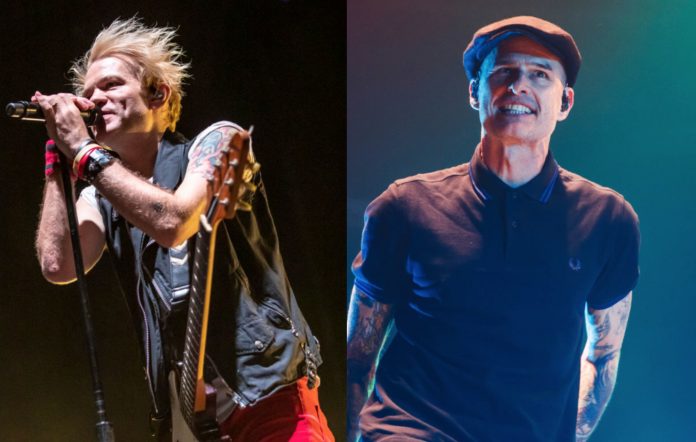 Sum 41 and Dropkick Murphys are among the names that have been added to the line-up for next year’s Slam Dunk Festival.

The North edition of the event, held at Temple Newsam in Leeds will take place on June 3, 2022, while Slam Dunk South in Hatfield Park, Hertfordshire will take place a day later on June 4.

Today (November 30), festival organisers announced that previously confirmed headliners Rancid will no longer be performing, and that Sum 41 and Dropkick Murphys will top the bill alongside Alexisonfire, who were announced as headliners back in September.

They will join previously announced acts The Used, The Wonder Years, Motion City Soundtrack, Hot Milk and Meet Me @ The Altar.

Firstly we have some bad news to announce. We’re sorry to say that Rancid can no longer join us next year.

However, the good news is we have loads of great bands joining the line-up including 2 more festival headliners, @Sum41 & @DropkickMurphys! pic.twitter.com/nyLRl55q1E

“After the nightmare past two years and the insane blow to the live/creative industry, words cannot describe how excited I am to play shows again, and even more so knowing that it’s Slam Dunk,” Deaf Havana’s James Veck-Gilodi said in a statement.

“This festival has been a place where I have always had a good time, but most importantly been to and played some of the most fun shows of my life. There are always a huge amount of friends there and I can’t wait to come back with a new, more focussed mindset.”

Pinkshift’s Paul Vallejo added: “Incredibly honoured to be a part of such an incredible line-up full of bands we’ve looked up to for years! Unbelievable that our first time in the UK will be because of our music and the support we’ve gotten from across the pond – we’re forever grateful. Can’t wait to play for you all – see you next summer!”

For more information and to buy tickets for Slam Dunk Festival, visit the festival’s official website.

The dual event returned in September after its 2020 edition was cancelled due to the coronavirus pandemic. McFly performed surprise sets at both sites.

The pop-rock group – consisting of Tom Fletcher, Danny Jones, Harry Judd and Dougie Poynter – surprised fans at both the northern and southern leg of the event, which took place on September 4 and September 5 respectively.