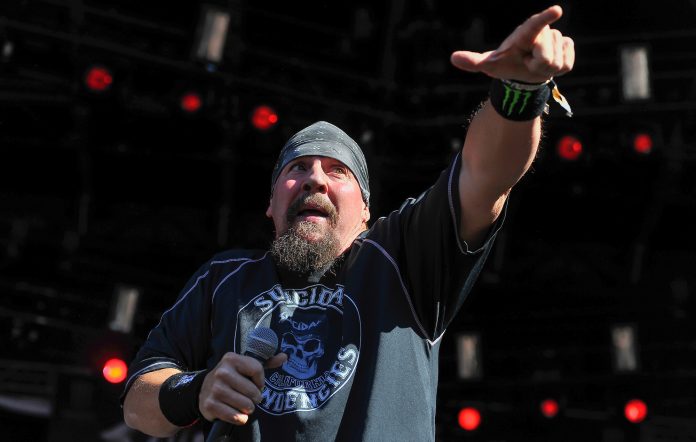 Suicidal Tendencies have returned to Instagram after a three-week disappearance, revealing their account had been temporarily pulled from the platform because of their band name.

“This isn’t the first time we’ve been flagged but hopefully it will be the last,” the Californian hardcore outfit wrote in their comeback post. “We’ll go into that more later, but right now we want to focus on the positive and give our beST to you all and say thanks for always STanding with us!”

Also announced in the post was a band collaboration with Dixxon Flannel Co, launching a shirt commemorating the 30th anniversary of ‘The Plague That Makes Your Booty Move… It’s The Infectious Grooves’, the 1991 debut by funk-metal supergroup Infectious Grooves (which is fronted by Suicidal Tendencies vocalist Mike Muir).

Suicidal Tendencies’ return to Instagram comes just in time for their appearance at the Aftershock festival in Sacramento, where they’ll perform tomorrow (October 8) alongside the likes of Metallica, Volbeat, Rancid, Seether and the Dropkick Murphys.

Earlier this month, bassist Roberto ‘Ra’ Díaz wrapped up a lengthy US tour performing with Korn, filling in for Reginald ‘Fieldy’ Arvizu after it was announced that Fieldy would be taking an extended hiatus from performing with Korn. At the time, Fieldy cited a need to manage “bad habits” that had “caused some tension with the people around [him]”.

Back in May, Muir joined forces with members of Rancid (singer Tim Armstrong and bassist Matt Freeman) and Pennywise (guitarist Fletcher Dragge and drummer Byron McMackin) to form a new supergroup named The Crew. The outfit made their debut with the track ‘One Voice’, which was also released on vinyl to raise funds for Musack, an initiative that provides musical instruments to children and educators.

Share
Facebook
Twitter
Pinterest
WhatsApp
Previous articleaespa say they were “so surprised” Hayley Kiyoko wrote a song for them
Next articleSHINee’s Key on ‘Bad Love’: “I’ve always been fascinated by the whole old-school sound”