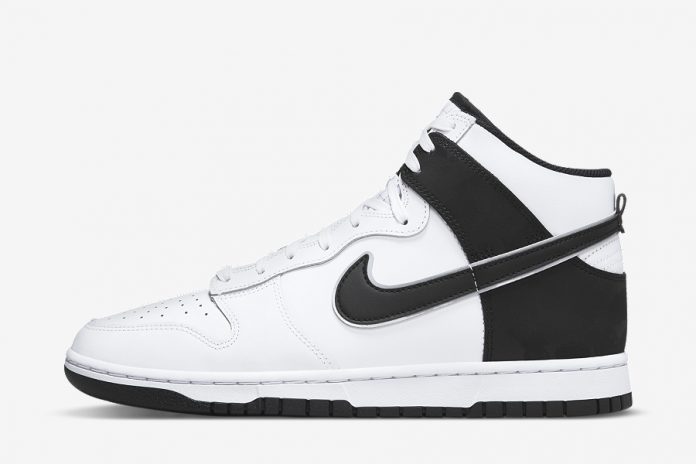 A healthy variety of Nike Dunk High releases are to be expected in the new year – one being this new articulation of the Dunk that features a camouflage-style pattern on the heel and a grid pattern on the tongue. Previously seen in a black/royal colorway way back in August 2021, this freshly revealed ’85 classic appears in the popular white/black pairing that has been fondly dubbed the “Panda”.

Rather than employing the college-style color-blocking that has been the arrangement of choice, this version keeps to an all white upper with black covering the heel panel and the outer later of the double-stacked Swoosh. The entire build consists of leather, while the tongue is a mesh-like material.

This Nike Dunk High is expected at retailers sometime next year, so if you’re looking for something a bit closer on the release calendar, the women’s Dunk High “Panda” is hitting Nike.com on November 23rd.

Buy it Now
Sell for Free