HomeNewsSoulwax turn Wet Leg’s ‘Too Late Now’ into an electro banger on...
News 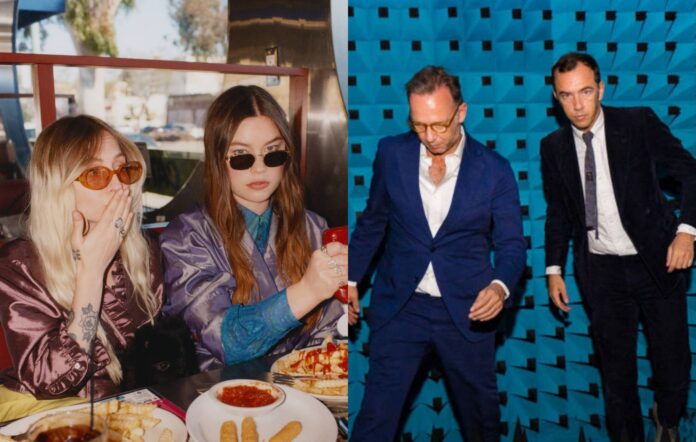 Wet Leg have shared a new Soulwax remix of their track ‘Too Late Now’ – check out the electro banger below.

The track appears on the Isle of Wight duo’s self-titled debut album, which came out earlier this year via Domino and appears on NME‘s new list of the best albums of 2022 so far.

“Good news dudes. You can now have a proper dance to a Wet Leg song thanks to Soulwax,” the band – comprising Rhian Teasdale and Hester Chambers – wrote on Twitter to reveal the remix.

Listen to Soulwax’s take on ‘Too Late Now’ below.

Our five-star review said: “Wet Leg’s appeal to their tribe is summed up by how they deliver all of this wacky charisma totally deadpan, including runaway hit ‘Chaise Longue’, which seemingly doesn’t need an introduction. That single, much like the rollicking ‘Ur Mum’ that precedes it, which turns into a session of collective scream therapy.

“As Teasdale hits the song’s bridge, she throws her head back, and erupts into a deep, powerful shriek; the audience before her joins in, sending a wave of catharsis across the festival site below us.”

Elsewhere, the band recently revealed that they have finished their second album. The duo released their UK Number One self-titled debut record back in April, and have since taken this year’s festival circuit by storm.

During an interview at last weekend’s Isle Of Wight Festival, the band were asked if they’d thought about their next full-length studio effort.

Pressed on what fans can expect from the project, Chambers joked that it would see the group head in a “death metal” direction, with Teasdale saying there’ll be “a lot of double kick” drum.

The post Soulwax turn Wet Leg’s ‘Too Late Now’ into an electro banger on new remix appeared first on NME.