HomeNewsSorry, Not Sorry: Paul Pierce Still DGAF About How Anyone Feels About...
News

Sorry, Not Sorry: Paul Pierce Still DGAF About How Anyone Feels About His Smoking-With-Strippers IG Incident 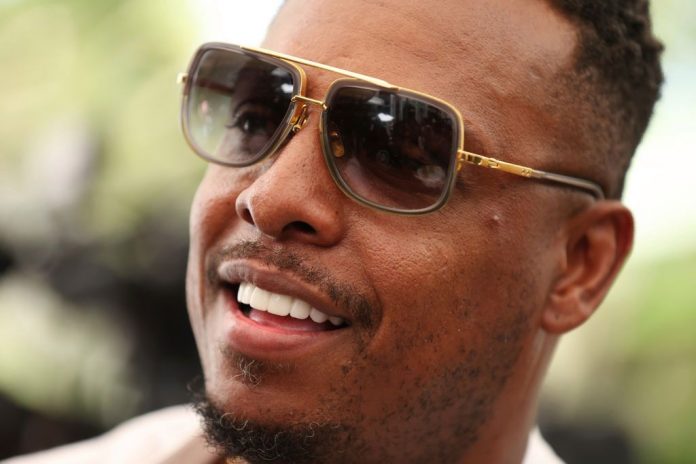 Remember that time retired NBA superstar and legendary Boston Celtic Paul Pierce got fired from ESPN for filming himself drinking and smoking in the company of strippers and then posting the experience on Instagram Live for the world to see (and by “the world,” I mean roughly 300 people)?

Rember how Pierce didn’t really care, because no one outside of his employers really cared, because, in 2021, drinking and smoking with strippers is the miniature golf of mundane activities being passed off as a scandal?

Well, five months after Pierce’s firing, the 10-time NBA All-Star is still responding to the incident by singing to the tune of Beyoncé‘s “Sorry”—which is to say he’s not. Not at all.

Pierce is now on his way to being inducted into the Naismith Basketball Hall of Fame on Saturday, and in a recent interview with Sports Illustrated, he was asked if he feels any regret or remorse for the incident nine people total might have found offensive.

Pierce said that while he didn’t even realize the video could be recorded by viewers and shared even after he deleted it, he didn’t really care about being fired because he was already “done” with ESPN.

“It wasn’t a great fit,” he said. “There’s a lot of stuff over there that you can’t say. And you have to talk about LeBron all the time.”

As for the incident that, again, in 2021, is about as eventful as watching paint dry in a grass-growing museum, Pierce not only said he wasn’t sorry about it, but he seemed offended by the idea that it was something to apologize for.

“Come on, I didn’t do anything illegal,” Pierce said. “These motherf****s in the Hall of Fame, some did [cocaine], f****g battery. What the f*** did I do? I was just having a good time. All the people coming after me, half you motherf**** do the same s***. You’re just hiding it. And you all are married while you’re doing it. I’m divorced. I’m retired. I’m having fun.”

Pierce also said ESPN never asked him to apologize for the white-bread-bologna-sandwich of scandalous incidents, but his agent suggested he should so it wouldn’t hurt his Hall Of Fame chances.

He chose not to apologize and he’s still being inducted.

The moral of the story here is simple: An apology isn’t always warranted or necessary—especially for the Kroger-brand mayonnaise equivalent of risqué incidents.

The truth is that we don’t need everyone to like us; we need a few people to love us. Because what’s better than being roundly liked is being fully known – an impossibility both professionally and personally if you’re so busy being likable that you forget to be yourself