Snoop Dogg honours late mother with singalong to ‘Stand By Me’ 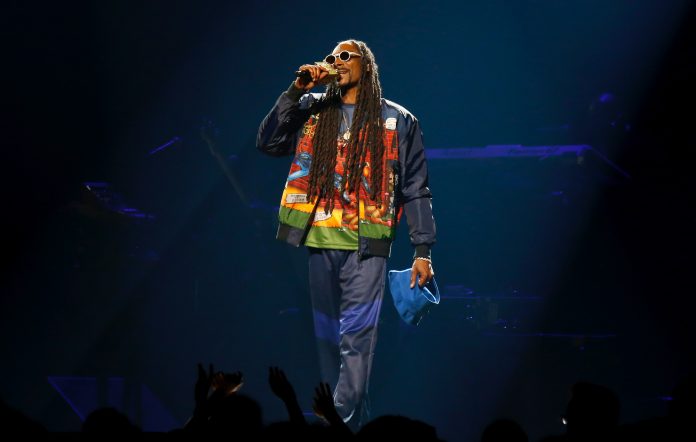 At a recent DJ set in Brooklyn, Snoop Dogg paid tribute to his late mother – Beverly Tate, who passed over the weekend at age 70 – with a venue-wide singalong to the Ben E. King classic ‘Stand By Me’.

The show took place a matter of hours after Tate’s passing, with Snoop addressing the crowd: “I wasn’t even gonna come out here and perform tonight ’cause my mother passed away earlier tonight, but in the spirit of the people of Boston, I wanted to come out here and represent for y’all because this is what my mama would have wanted me to do.”

Check out a video of Snoop playing ‘Stand By Me’ in Boston below:

After the performance, Snoop told his audience: “I needed this. I fucking love y’all for getting my spirit right tonight. Peace, love and soul.”

According to Page Six, Snoop was particularly grateful for the opportunity to perform after his devastating loss. “He was very emotional after the show,” Randy Greenstein – a partner at Big Night Live, the venue Snoop headlined – told the publication.

“He thanked our team, said he needed this show. He needed the love from the audience. It meant a lot to him.”

Back in July, Snoop thanked fans for their support while sharing a video of himself and his brothers visiting their mother in hospital. “Gotta stay strong, keep pushing on,” he added. “They say God don’t put nothing on your shoulders you can’t handle. I’m being tested right now, ya’ll. Make sure ya’ll pray for me and my family.”

Last week saw Snoop Dogg mark his 50th birthday by announcing ‘The Algorithm’, an “all-encompassing new project that features artists from the legendary Def Jam label’s past, present and future”.

He shared the track ‘Big Subwoofer’ by his rap supergroup Mount Westmore, which also features Ice Cube, E-40 and Too $hort in its line-up. Further details on ‘Snoop Dogg Presents The Algorithm’, including a release date, are due to be revealed soon.

The post Snoop Dogg honours late mother with singalong to ‘Stand By Me’ appeared first on NME.