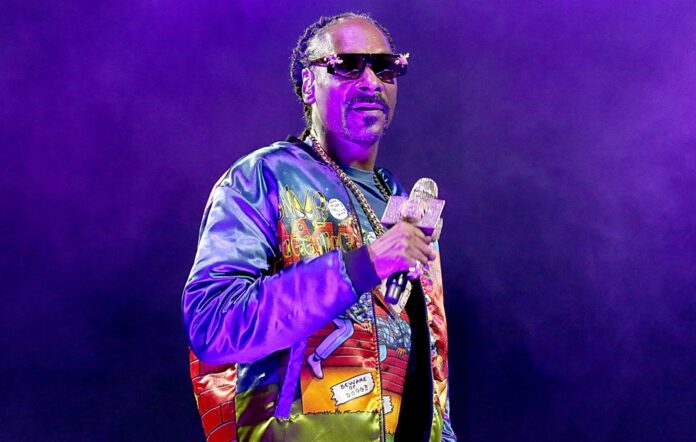 Snoop Dogg is facing a potential lawsuit from an Uber Eats driver.

On his Instagram story last month, Snoop complained about an Uber Eats driver who allegedly failed to deliver his order.

Snoop’s video message, included a message exchange with the driver, his name and other personal information including his photo and license plate number.

Snoop also said the driver “from fucking Uber Eats didn’t bring my fucking food. Talking about he arrived. ‘This is not a safe place.’.. where my food at n****? You got all my goddamn money, punk.”

According to CBS Los Angeles, the Uber Eats employee now plans to file a lawsuit.

“There’s my picture there and also there is my first name. After I saw the video, I’m kind of like, I have high anxiety and I fear for my family’s safety. I contacted the customer many times and I followed the protocol by the book,” the driver, named Sayd, said.

In the messages, the employee can be seen repeatedly telling Snoop that he has arrived and asking the rapper to “plz answer”.

After he has waited the required eight minutes, the driver told Snoop that he was leaving because he does not feel safe.

“This is not a safe place,” the driver wrote, according to the video, prompting Snoop to reply: “Yes it is, pull up to the gate.”

The driver claims he attempted delivery but was unable to deliver the food. Uber Eats issued an apology to Snoop saying: “We truly regret Snoop Dogg’s frustrating experience. We have reached out to apologise and refunded him for the order.”

However, the employee said he was unhappy with the company’s apology, believing he is the one who should receive an apology after his personal information was shared with Snoop’s millions of followers. He hasn’t returned to work since the incident.

Sayd said: “When I read that [apology], I just felt like it’s not fair because I am the one that deserves an apology from UberEats, not Snoop.

“But I have to fight for my rights and my family’s rights. I just feel like I’m not really well from this delivery and also UberEats.”

NME has contacted representatives for Snoop Dogg and Uber Eats for comment.

In other news, Snoop Dogg has recalled how Queen Elizabeth stopped him from getting thrown out of the UK the 1990s.

He spoke about the Queen in a new interview with DJ Whoo Kid, recounting a UK  newspaper cover story in 1994 with Snoop that called on lawmakers to “kick this evil bastard out” in reference to first and second-degree murder charges that Snoop was facing. He was on tour in the UK at the time.

In 1993, a man was shot in Los Angeles. Snoop was arrested along with his then bodyguard and charged with first-degree murder. The charge was later dropped in 1996.

Amid calls for him to be returned to the US while the case was still ongoing, Snoop recalled how the Queen came to his defence.

“Guess who came to my defence? Just take a guess,” Snoop said.

“The queen” Snoop continued. “The queen said, ‘This man has done nothing in our country. He can come.’ The queen…bow down…When the queen speak, bow down. That’s Harry and William’s grandmother, you dig? …The queen, that’s my gal.”

The post Snoop Dogg could be facing a potential lawsuit from Uber Eats driver appeared first on NME.