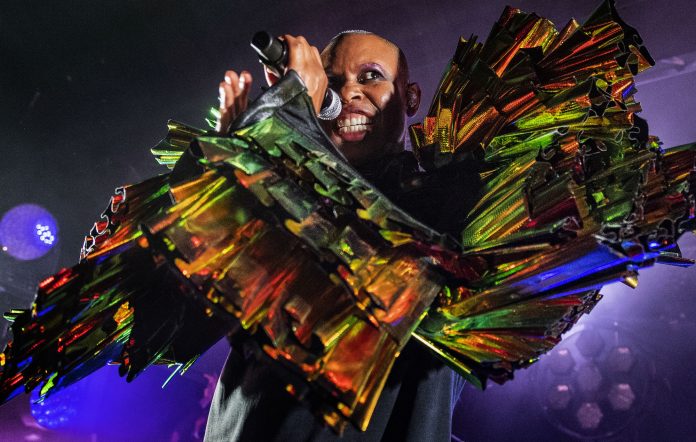 Skunk Anansie have teased the arrival of forthcoming new material on social media – check out the posts below.

Skin and co. released their most recent studio album, ‘Anarchytecture’, back in 2016. The band are due to embark on a delayed European/UK headline tour in March and April to mark their 25th anniversary.

Now, it appears that Skunk Anansie will have new music in tow to showcase at the upcoming gigs.

Earlier this week, the group sparked speculation among their fans after sharing a blank, salmon-pink graphic to their official Instagram page. Yesterday (January 21) they uploaded a five-second moving graphic depicting a pigs head.

The latter post was accompanied by the caption: #NewShit. You can see both teasers below.

Skin also shared the video on her personal Instagram account, as well as another abstract animated clip using the same colour palette. Further details on the new project have not yet been revealed.

Announcing their rescheduled 2022 tour dates in March last year, Skunk Anansie told fans that they had “lots of time to make up for and lots of energy to burn off after so long away”.

The band promised that their first live gigs since 2019 would be their “best yet”. You can find out more about the ’25LIVE@25′ tour here.

Skunk Anansie will also perform as part of the Graces Jones-curated Meltdown Festival, which is due to take place at the Southbank Centre in London between June 10 and June 19.

Last summer, Skin received an OBE from the Queen in the 2021 Birthday Honours list. “Not bad for a skinny black girl from Brixton who fell in love with Rock & Roll!!” she wrote on Instagram at the time.