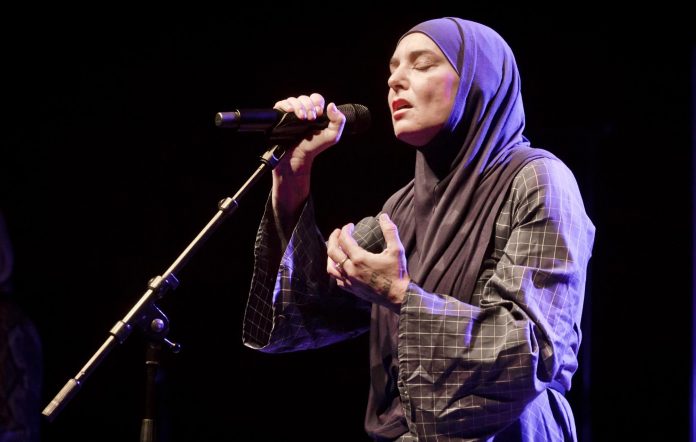 Sinéad O’Connor has been admitted to hospital following the death of her 17-year-old son, Nevi’im Nesta Ali Shane O’Connor.

The singer’s son passed away last Friday (January 7) after going missing earlier in the week.

According to CNN, she told fans last night (January 13) that she was heading to hospital to receive help following a series of now-deleted posts on an unverified Twitter account linked to her official account.

“I’ve decided to follow my son. There is no point living without him. Everything I touch, I ruin. I only stayed for him. And now he’s gone,” she reportedly wrote.

O’Connor allegedly went on to say she felt “lost,” and blamed herself for her teenage son’s death.

Later, the singer apparently apologised and reassured fans that she was seeking medical attention.

“I’m sorry. I shouldn’t have said that. I am with cops now on way to hospital. I’m sorry I upset everyone,” she reportedly posted, adding: “I am lost without my kid and I hate myself. Hospital will help a while. But I’m going to find Shane. This is just a delay.”

Her 17-year-old son went missing from Newbridge, County Kildare, and was last seen in the Tallaght, Dublin 24 area.

Police confirmed the news of the teenager’s death last Saturday (January 8). “Following the recovery of a body in the Bray area of Wicklow on Friday 7 January 2022, a missing person appeal in respect of Shane O’Connor, 17 years, has been stood down,” a spokesperson told the Irish Mirror.

Following the news of his death, his mother wrote: “26 hours after my son died in the so called care of the Irish State in the form of Tusla, I have yet to receive any contact from Tusla or their representatives. I was informed by Gardai of my son’s death and later I spoke with the GAL. No contact from Tusla is unacceptable.”

Earlier this week (January 10), Sinead apologised for the accusations against Tulsa. “The issue is, we are a third world country. We have 12 beds in special care for suicidal teenagers. And no resources to save those who can’t manage life. 128 icu beds in the whole Country,” she wrote on Twitter. “Tusla did their best. We all did: and I am deeply sorry to have blamed anyone.”