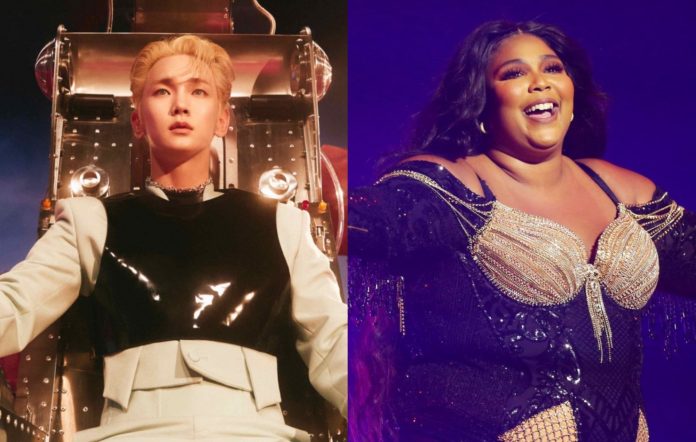 During the October 8 episode of South Korean talk show Yoo Heeyeol’s Sketchbook, Key appeared as a guest to promote his recent mini-album ‘Bad Love’. The six-track record, alongside its lead single of the same name had dropped late last month.

The idol had kicked off his appearance with a passionate live rendition of Lizzo’s 2019 single ‘Juice’. “It ain’t my fault that I’m out here making news / I’m the pudding in the proof / Gotta blame it on my juice,” Key sang, accompanied by a live band and backup vocalists.

Shortly after the performance, Key shared his love for the ‘Rumors’ singer and discussed why he had chosen to cover ‘Juice’. “[Lizzo] is an artist I really like,” said the SHINee member, per Soompi. “‘Juice’ represents one’s charm, and the lyrics are basically saying, ‘I can’t help it that I’m overflowing with charm’.”

Elsewhere during the episode, Key also performed a his new ‘80s-inspired synth-pop single ‘Bad Love’. In a glowing five-star review last month, NME’s Abby Webster had praised the ‘Bad Love’ record for its “nostalgic aesthetic that captures Space Age anxieties about technology and the ever-expanding unknown”.

In a recent interview with Dazed magazine, Key opened up about his love for all things retro. “I’ve always been fascinated by the whole old-school sound,” shared the singer. “I don’t necessarily follow trends, but the world happens to also be going back in time and revisiting those ’70s, ’80s and ’90s trends.”