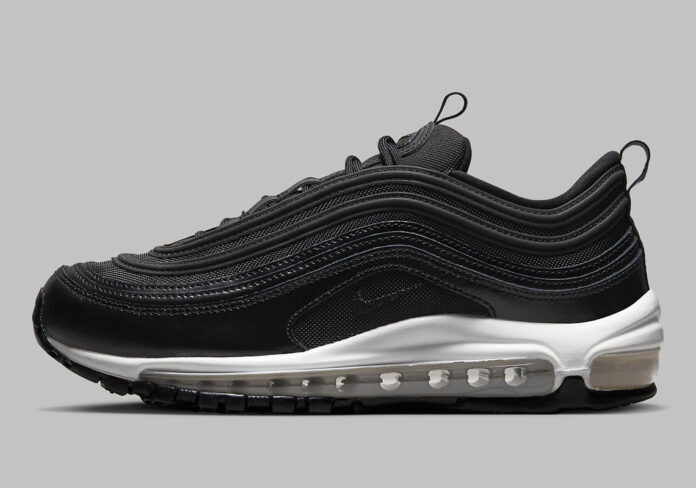 Compared to the Air Force 1’s 40th, the Nike Air Max 97‘s 25th Anniversary has been rather lackluster. Things are beginning to pick up, however, as the much-beloved “Silver Bullet” is slated to return later this year. And though it may lack the same legacy as said OG, this upcoming, black-on-white colorway is still a welcome addition to the shoe’s birthday festivities.

This pair is, in effect, a smartened up rendition of the Christian Tresser-designed silhouette, almost mimicking the look of a tuxedo. Similar to said attire, black runs through much of the construction, dyeing both the mesh as well as the glossy, polished leathers adjacent. The outsole and adjacent branding, too, are identically colored, further contrasting the midsole, whose sidewalls are not unlike a well-pressed dress shirt.

For a closer look at this formal reimagining, check out the official images below. These should hit Nike.com and select retailers soon, so sit tight.

In other news, have you seen the Dunk Low Reverse Panda?