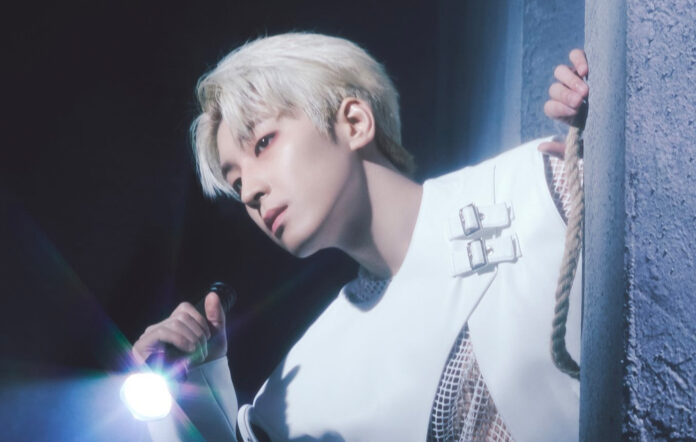 SEVENTEEN’s Wonwoo has shared an emotional new cover of ‘Knees’ by IU.

READ MORE: SEVENTEEN – ‘Face the Sun’ review: seven years in, the K-pop stars are determined not to flame out

Wonwoo’s cover, which is largely faithful to the original’s sound, was shared on the K-pop boyband’s official YouTube channel on August 19 at midnight KST. It marks his first solo contribution to SEVENTEEN’s sprawling collection of unofficial solo tracks and covers, which include Seungkwan and Youngji’s collaboration on Lizzo’s ‘Juice’ and Joshua’s cover of dhruv’s ‘double take’, among others.

“If I lie down on your knee / Brush my hair / Like when I was young / If I fall asleep lightly from your nicе touch / Just let me stay for a moment,” Wonwoo croons in the song’s chorus.

Shortly after the cover was unveiled, Wonwoo himself took to fan community platform Weverse to shed light on his decision to take on the IU classic. The original song, which was released as a B-side on IU’s 2015 ‘Chatshire’ album, was written during the singer’s struggles with insomnia, and her reminiscence of moments in childhood when she felt most at peace while falling asleep on her grandmother’s lap.

In Wonwoo’s post, he revealed that his cover of ‘Knees’ was an ode to his late mother, who died in April. “They say that the changing of seasons is called the transitional season. It feels like I’ve been stuck in the transitional season for a long time. There are days my eyes and nose heat up for no reason, and there are days when my lips tremble,” he wrote, as translated by Koreaboo.

“I still hesitate to answer the question, ‘Are you OK?’ However, I wish that some of this emotion will get carried away in the wind,” Wonwoo continued. “I’m working hard to become a cool singer and reliable son, but it is still very difficult and sad. This song takes me back to my childhood. So I chose this song. How great would it be if [our] fingertips could meet again.”

Despite the heavy subject matter behind his cover, Wonwoo expressed his hopes that SEVENTEEN fans, or CARATs, would be able to find some “solace” in his rendition of ‘Knees’. “And I, too, through this song, am hoping I can meet [her] in my dreams today. Mom, please say hi to me in that moment, even in my light sleep,” he wrote, concluding his post.

SEVENTEEN are currently on a tour of North America as part of their ongoing ‘Be The Sun’ world tour. The series of shows began with a two-night residency in Seoul’s Gocheok Sky Dome in late June, before they proceeded with its North American leg earlier this month.

They have so far performed in Vancouver, Seattle, Oakland and Los Angeles, with upcoming stops in Houston, Fort Worth, Chicago, Washington D.C., Atlanta, Belmont Park, Toronto and Newark.