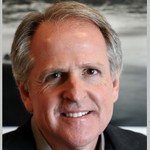 Veteran music agent Scott Clayton has joined UTA as co-head of its global music division and as a partner. Clayton joins UTA after departing WME as reported by Billboard in late October.

“We are excited to have Scott join us as a Co-Head of the music group. He is a relentless champion for his clients, and we know that he will bring that same energy to UTA,” said Kirby Yoh and Zedeck in a joint statement. “He is a dedicated leader who has played a significant role in building so many people’s careers and we look forward to collaborating with him as we continue to build our team and do great work for our clients.”

Throughout his career, Clayton has worked with John Mayer, Zac Brown Band, Kings of Leon, Dead & Company, Train, My Morning Jacket, Michael Franti, Rodrigo y Gabriela and many others. He worked at CAA for 17 years as a co-head of their Nashville office, served as the co-chair with the Mayor of Nashville of the city’s Music City Music Council, and is a member of the Nashville Public Radio Board of Directors.

“Scott is the epitome of what we look for in a leader at UTA: he is a strong advocate for artists and has a long history of supporting and mentoring colleagues,” said UTA CEO Jeremy Zimmer in a release. “Sam and David have done a great job building a world-class team and we are very excited for Scott to join us as we continue to grow our music practice.”

In 2017, Clayton rocked Nashville when he quit CAA to work for cross-town rival WME. In June 2020, Clayton was promoted to co-head of WME’s music division along with Kirk Sommer in Los Angeles and Lucy Dickins in London when Marc Geiger and Sara Newkirk Simon left the roles.

“Over the past few years, I have witnessed the incredible job UTA has done to expand and elevate the music department,” Clayton said in a release. “Sam, David, and the team have shown true innovation and leadership during this unprecedented time and have really delivered for their artists across all genres. I am very excited to be joining a company that has built a culture that is grounded in transparency with colleagues and in service to clients.”